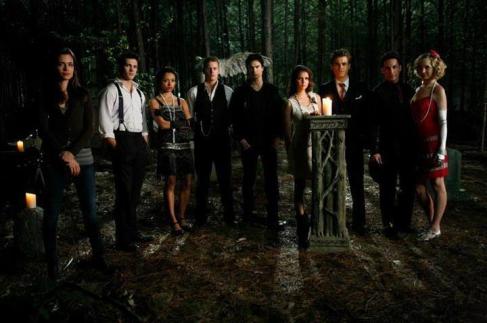 I’ve watched three seasons of The Vampire Diaries in under 2 weeks and this episode, Do Not Go Gentle (TVD S03E20), just made me cry like a baby! Mainly because Alaric ‘dies’ and I really loved Alaric =( !

So, there’s a dance (decade dance, the 20’s) and Caroline convinces Elena to ask Stefan to the dance, saying that it’s only fair (being that in the last episode she made out with his brother and all), and she does, she asks him and he says yes.

(I have to say, I absolutely love Caroline, her only problem is that she keeps insisting on the whole epic thing of Elena+Stefan, and I really don’t see it!)

Caroline: So here’s a thought, why don’t you ask Stefan?
Elena: I can’t ask him on a date, I just made out with his brother.
Caroline: All the more reason! Look you’re supposed to be figuring out what you want, that’s what Stefan wanted you to do, right?
Elena: Yeah, but…
Caroline: But nothing! I’ve watched The Bachelor, okay? Fair is fair. It is Stefan’s turn.

At the dance, Elena dances with Stefan, Bonnie with Jaime and Caroline with Tyler (and then with Klaus, because Tyler can’t refuse his request and let him know that he is no longer sired to him).

(I kind of have a problem with the Bonnie/Jaime thing… I mean, he was raised by her mother, like her child, isn’t it a bit weird that they go out and make out at the end of the episode?! just saying…) 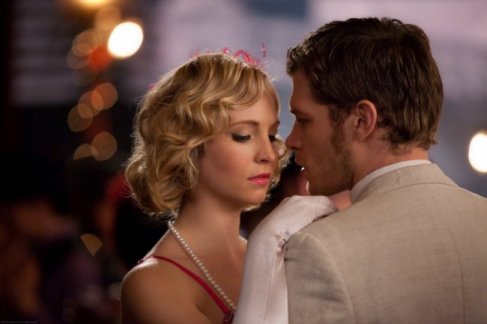 Esther and Alaric (evil) plot to end all the originals. For that, she needs Elena, so she goes to the dance to get her and traps all the vampires inside the school with some kind of spell. So when they realize Elena is gone, none of them can go after her, which leaves the only two humans in the group to do that. Jeremy and Matt go to the cemetery to get Elena and are almost killed by Esther, but Alaric wakes from his death just in time and kills her.

In transition, Alaric decides that he is not gonna go through with it, ’cause if he had a bad alter-ego, just imagine his original alter-ego…

Alaric: Listen Jeremy, I’m not gonna complete the transition. My dark side was dangerous enough as a human. I can’t be a vampire.
Jeremy: So, what we’re just gonna lock you in here and let you die? No, no we can’t!
Alaric: Listen, Jeremy, it’s the right thing to do, okay. After everything that’s happened, after all that I have done. Maybe I had it coming.
Elena: Hey, wait, Jer…Alaric this isn’t your fault.
Alaric: Please, you guys let’s not make this any harder than it already is. You two should go. Damon’s here. He’ll make sure it’ll all go down the right way.
Alaric: Hey, hey…
Jeremy: Don’t. Don’t give me some crap speech about how I need to be the man of the house.
Alaric: OK. I won’t.
Elena: This is all my fault. You moved out, you gave me your ring back, you didn’t want any part of this and I, I forced you to stay and take care of us.
Alaric: Don’t do that, okay. Taking care of you and Jeremy has been…has been the closest I’ve ever come to the life I always wanted. 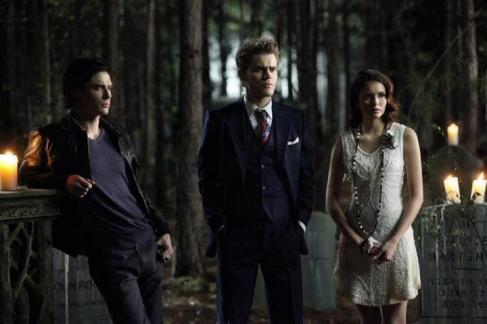 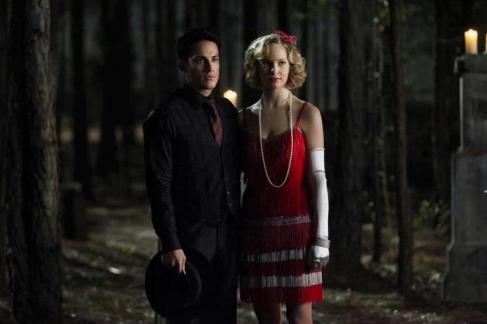 He says goodbye  to his children, leaving Elena to realize she’s lost everyone (obviously she’s not counting with the guys that are willing to risk everyone for her). 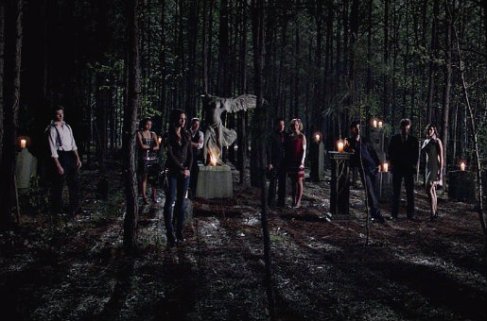 Klaus feels betrayed by his mother (again), Bonnie makes out with Jaime, Elena and Stefan clean up Alaric’s classroom (from all the vampire hunting weapons), Meredith gives Alaric a sedative and encourages Damon to be with him.

Damon: Well…I offered to snap his neck, put him out of his misery but…he didn’t take me up on it.

Damon: Well, you just think a guy so used to dying, wouldn’t want to drag it out.

Meredith: Well, it was nice of you to give him the option.

Damon: Hmm…apparently my choices have been a little controversial lately.

Meredith: You shouldn’t leave him alone in there.

Damon: That’s what he wants.

Meredith: Is it really what you think he wants? 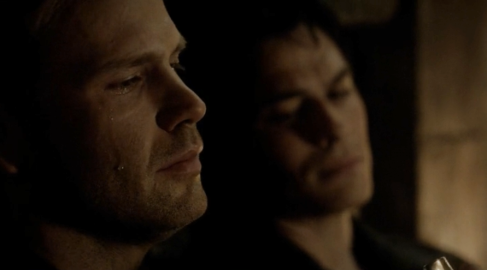 Damon: Aw, Ric.
Alaric: Is this the part where you give me a dream? Rainbows and rolling green hills?
Damon: I was drunk when I told you that.
Alaric: Yeah and I told you I’d use it against you.
Damon: Damn you. Sorry I killed you. Twice.
Alaric: So I have to actually die to get a real apology out of you.
Damon: Drink.
Alaric: Actually, I’ve been thinking about cutting back.
Damon: Ha, yeah! This stuff will kill ya.

Obviously he ends up not dying, because Bonnie incapacitates Damon and feeds Alaric her blood, completing the transition. And so, Original Alaric is born! 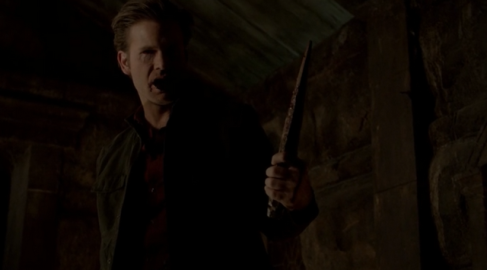 I will really miss Alaric, the normal one I mean! Now who will be Damon’s drinking buddy?! =( (RIP Mr Saltzman) 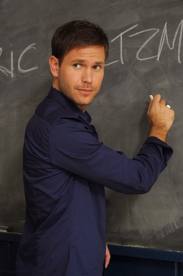