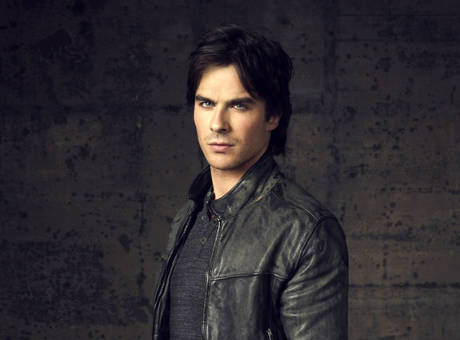 In honor of the return of The Vampire Diaries tonight, let’s talk about Damon!

It was true that during the first season of The Vampire Diaries, Damon was the main antagonist and a pain in the ass problem for everyone… but that was a long long time ago…

He did a lot of things very wrong… like turning Vicky, killing Jeremy (and he didn’t know he had the ring), killing John for the 1st time (who could blame him, but still… Elena’s “uncle”, that was wrong), killing Alaric 2 times (the 1st was intentional, but in his defense, Alaric tried to kill him first; and the second time he checked for the ring first), feeding and using Caroline, killing Tanner, killing Lexi, killing Zach (his “uncle”), killing Mason… (he does kill a lot of people…)…

But lets face it! Damon is not that bad! He still has some wild reactions, but at the end of the day, he ends up doing the right thing…

He saved the lives of everyone on the show, at least once.

He is always honest with Elena and always tells her the truth (even if it’s not the best for him), for example, he has told her the true reasons behind Stefan and Klaus working together on season 4 (the cure), making her aware that Stefan was doing a good thing for her (if he was as selfish as everyone keeps telling he is, he would never do that… nor would he defend his brother so much to Elena, because Stefan never did that, we never heard Stefan explain that he was the one that should have turned Bonnie’s mom. But no, Damon – the selfish, is the one saying “oh… he did that to save me, he didn’t betray us…”).

He actually manages to have more friends than his brother (“oh Damon, you don’t have friends” – wrong!). He’s Elena’s best friend, she always confides in him, about everything. His friendship with Alaric was epic (and his speech in “Memorial” was just perfect).

He and Jeremy are actually close (a lot closer than Jeremy and Stefan). He’s friends with Liz and Meredith (although she warned him she is not his new drinking buddy). Even Bonnie said in the last episode that Damon was there, and it wasn’t as bad as it was before. He befriended Rose, who’s still rooting for him and Elena, and he even had a great relationship with Andie (until Stefan made her kill herself). 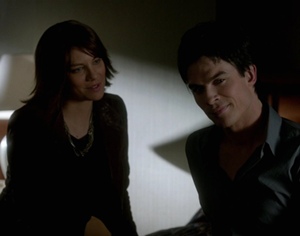 And even though he promised to make Stefan’s life a nightmare, I haven’t seen it so far… He left him shortly after they turned, because Stefan couldn’t control himself, then they met years after and again Stefan couldn’t manage human blood (somehow this is Damon’s fault… I don’t see it), in the 20’s Stefan was still a ripper and Damon was still a nicer guy than his brother, in the 40’s ‘Damon isn’t good for Stefan’ so he lets his brother go alone to war… and now, he even tells Elena that Stefan deserves her and he doesn’t… COME ON!!!

“I just have to say it once; you just need to hear it. I love you, Elena… and it’s because I love you that I can’t be selfish with you. Why, you can’t know this. I don’t deserve you… but my brother does. God, I wish you didn’t have to forget this… but you do…”

So whats with all the hate from everyone towards Damon?!

Elena: “Why don’t you let anyone see the good in you?”

Damon: “When people see good they expect good. And I don’t wanna live up to anyone’s expectations.”

The poor guy had to hear from both Katherine and Elena that they both loved Stefan the best and that given the choice, it would always be Stefan, how can one expect him not to lose it?!

So, I’m just saying, I’m team Damon all the way! I do not believe Stefan is a better man, they both have a lot of flaws, but in the end, I agree with Rose!

” Don’t tell them I’m here. They had a fight. I know you want to stop it. Protect her from him. But you’re young, you don’t see what I see. It’s not just that she makes him a better person, she does, but he changes her too. Damon challenges her, surprises her, he makes her question her life, beliefs. Stefan is different, his love is pure, he’ll always be good for her. Damon is either the best thing for her or the worst.” 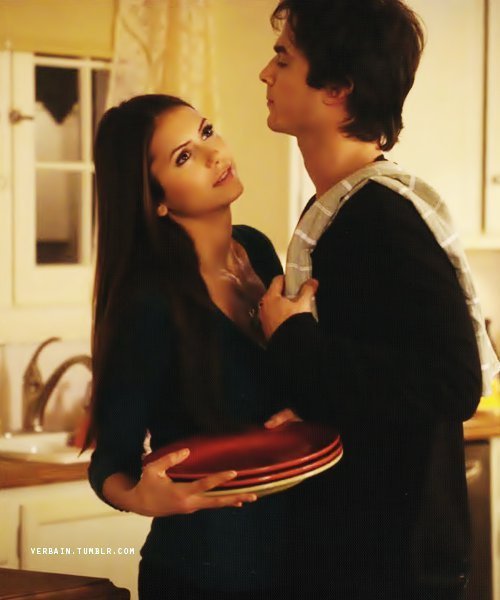 I found this clip on youtube and just had to share it: “121 Reasons to ship Damon and Elena”:

Hoping that when the show returns tonight, we might get to see that not everything that happened this last episodes was due to the fact that Elena is sired to Damon… 😉