This I wasn’t able to watch everything I wanted this week, but here’s the cliffs notes of what I did get to watch… 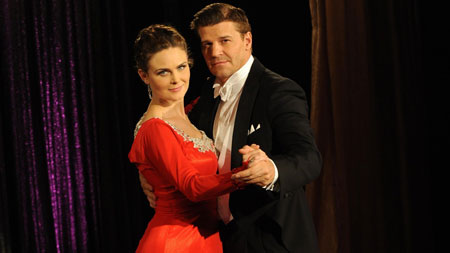 In the first one (The Diamond in the Rough) the couple goes undercover to a dance competition and we learn that Booth can (sort of) dance but Brennan really doesn’t and really likes it (and thinks she’s actually good…). In other news, Angela is tired of her job, she wants do make the world more beautiful and not the other way around, so (at Hodgin’s request) Cam cuts her hours because having a bit of Angela in the lab is better than not having her at all. Squintern: Wendell Bray (Michael Grant Terry). PS: great to see Mary Murphy and Tyce Diorio on the show.

In the second episode (The Archaeologist in the Cocoon) they investigate a murder of an archaeologist that found some Homo sapiens and Neanderthals bones (4 individuals), and Brennan and Clark fight for the credit of the findings. Squintern (sort of): Dr. Clark Edison (Eugene Byrd). (I know we are talking about fiction and I actually like that they brought up such a controversial topic as Human/Neanderthal hybridization, but there is no way that they could accurately say that the bones of the child were female… at 3 years old there aren’t sexual characters in the bones to allow such conclusions) 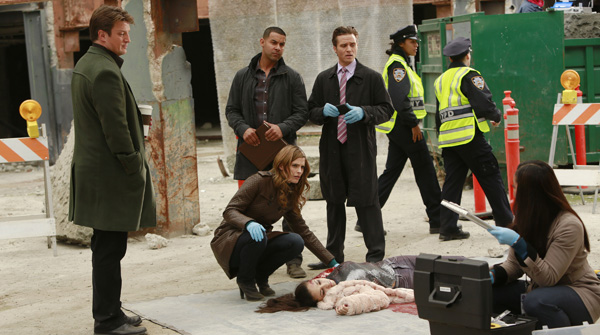 This week episode (episode 511 – Under the Influence) was actually not about Caskett… at all… Instead, it was all about Esposito. The case revolved around a kid with whom Espo connects. (I thought the case was a bit light and kind of predictable .. and I missed Caskett time…)

In this episode (episode 213 – And the Bear Truth) Max, Caroline and Andy go to a cabin for the weekend (with just one bed) and Andy realizes that Caroline’s priorities are all about her’s and Max’s new business… and she will get to him eventually (she even forgets his birthday…). This leads to Andy breaking up with Caroline ( =( I can’t believe it… first they ruin all the chances for Max and Jonnhy, and now Andy?!)…

How I Met Your Mother 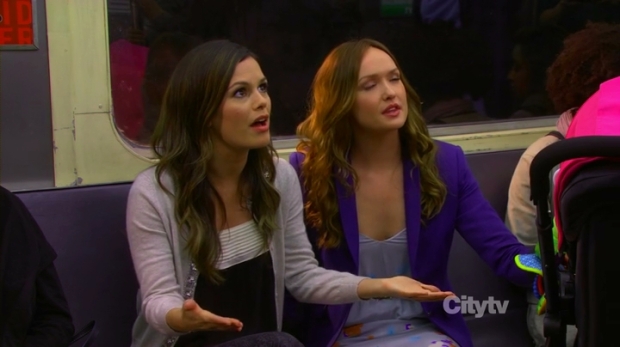 In episode 813 (Band or DJ?) Robin insists that Barney has to ask permission to her father in order to marry her, which he first says no, but Barney is able to turn things around. On the other hand, Lilly and Ted both want to plan the wedding and have a huge discussion between hiring a band or DJ and turns out that “band” is an metaphor for Barney and Ted admits do Lilly that he is not OK with Robin choosing Barney and Lilly admits to him that sometimes she just wants to run away, because motherhood is tough… at the end of the episode we see Ted on the subway (one week before the wedding) talking to Cindy (Rachel Bilson) and Casey (Kaylee DeFer) about the band that just cancelled and they tell him that Cindy’s ex-roommate has a wedding band and is free… we then see the wedding (one week after) where Robin is dancing with her father and Ted is looking to the girl playing guitar (the mom).