Romantic couples aren’t the only type of great TV relationships. Some of the most entertainment moments come from some great guy to guy friendships, also known as bromances. 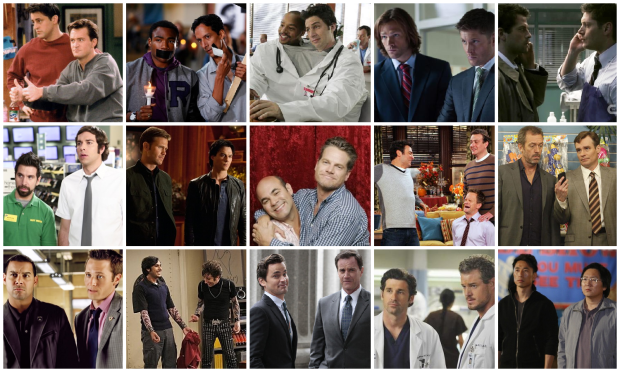 My favorite bromance ever has to be Joey and Chandler’s from Friends! Man, they had some good times: lost Ben on the bus, bought a Foosball table together, shared a great love for leather chairs and Baywatch, raised a Duck and a Chick, had matching bracelets (crazy ugly ones), between other crazy and memorable adventures! They loved each other and weren’t afraid of showing it! Joey even protected his bro when he thought that Monica was having an affair. Chandler, on his hand, supported Joey for most of the show, paying for acting lessons, food, rent and basically everything else, and even got rid of the ladies Joey brought home in the morning, telling them that he wasn’t in the whole relationship thing and baking them pancakes! Could they be more funny?! 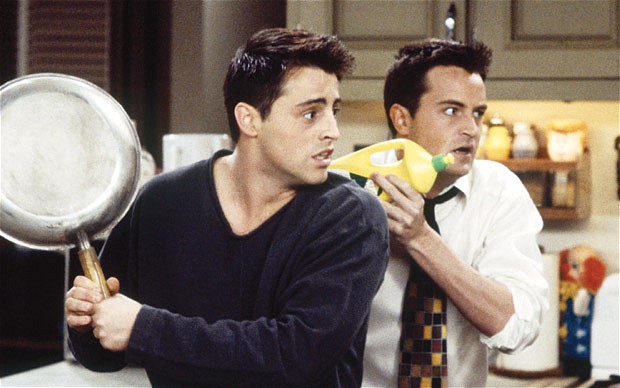 They have their own secret handshake, they moved in together (and occupied only one room, so they could have another room for The Dreamatorium), they had wars of pillows and blankets and they even have an imaginary morning show together! And now that Troy actually has a girlfriend (sort of), it has been said that she might not have that much room, because she’s competing with Troy’s other significant other: Abed! 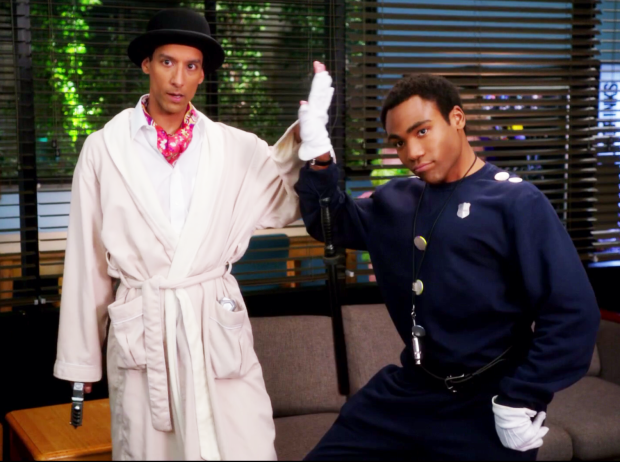 Troy and Abed in the mor-ning!

Roommates in college and best friends forever! They were always there for each other, driving the women in their lives crazy sometimes. They had nicknames for each other (“Brown Bear” and “Vanilla Bear”), many inside jokes and they even performed a musical number dedicated to their bro love. 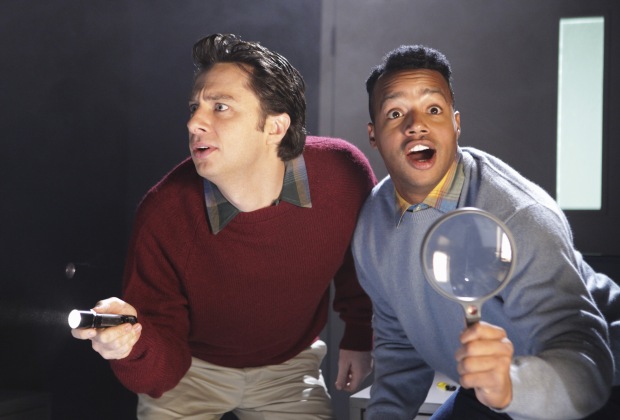 Let’s face the facts about me and you, a love unspecified. Though I’m proud to call you chocolate bear, the crowd will
always talk and stare.
I feel exactly those feelings too, and that’s why I keep them inside, cause this bear can’t stand the world’s disdain, and
sometimes it’s easier to hide.
Then explain our guy love, that’s all it is, guy love, he’s mine I’m his. There’s nothing gay about it in our eyes.
You ask me ’bout this thing we share
And he tenderly replies…
It’s guy love
Between two guys
we’re closer than the average man and wife
That’s why our matching bracelets say Turk and J.D.
You know I’ll stick with you for the rest of my life
You’re the only man who’s ever been inside of me.
Whoa, Whoa, I just took out his appendix
There’s no need to clarify.
Oh No?
Just let it grow more and more each day. It’s like I married my best friend
But in a totally manly way.
Let’s go! It’s guy love, don’t compromise the feeling of some other guy holding up your heart into the sky
I’ll be there to care through all the lows
I’ll be there to share the highs. uh!
It’s guy love between two guys
And when I say, I love you Turk. It’s not what it implies.
It’s guy love between two guys

These 2 are actually brothers, but they have the most awesome brotherly relationship TV has ever seen! They would die for each other, literally!!! And they have, both of them, more than once… They’re awesome!!! 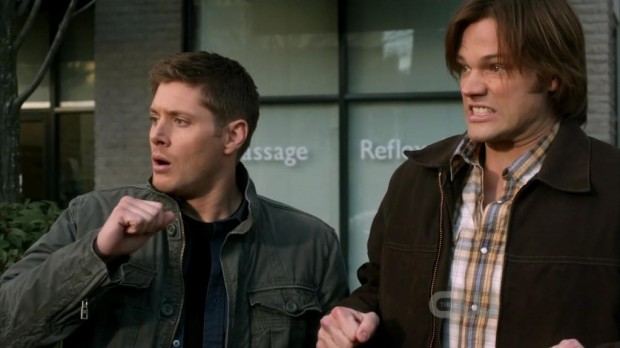 I’m a grunt Sam. You’re not. You’ve always been the brains of this operation. And you told me yourself that you see a way out. You see a light at the end of this ugly ass tunnel. I don’t. But I’ll tell you what I do know is that I’m going to die with a gun in my hand. Look that’s what I have waiting for me. That’s all I have waiting for me. I want you to get out. I want you to have a life. Become a Men of Letters, whatever. You with a wife and kids and…and…and grandkids, living until you’re fat and bald and chugging Viagra. That is my perfect ending and it’s the only on that I’m going to get. So I’m going to do these trials. I’m going to do them alone. End of story. You’re staying here. I’m going out there. If land shark comes knocking, you call me. If you try to follow me, I am going to put a bullet in your damn leg.

The sarcastic hunter and the naive angel, with very poor social skills, are a match made, well, in heaven! It’s probably the most entertaining bromance on TV, and most of the times they don’t even have to say a word!

My superiors have decided I’ve become too close to my charges and starting to show emotions, the doorway to doubt.

Oh… I miss Chuck! Chuck and Morgan were best friends since childhood, grew up watching the same movies, playing the same video games  having the same interests and, even after Chuck went to college, they ended up working in the same place. They even got to live together for a while! Chuck suffered when he had to keep the fact the he had the intersect from his best buddy, but when Morgan found out, he joined the team ;-). 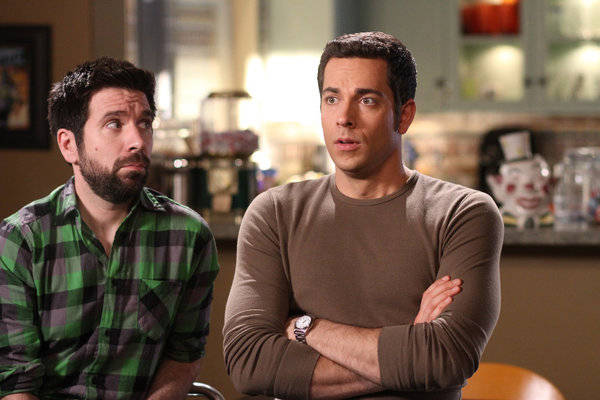 Morgan is more than just my best friend. He’s my family. Before you got here, and long after you’ve gone, Morgan is my family.

Alaric arrived on Mystic Falls hell bent on killing Damon, but it was Damon that got his way and killed the history teacher (luckily he was wearing the Gilbert ring and that was the first of many deaths to come). Then they started working together because they had to, and soon enough they were drinking buddies. And just like that, Damon was calling Ric his brother and Alaric was being mention as Damon’s best friend! But they are obvious downsides to being besties with a Vampire, you’re bound to end up dead… Ric died in Damon’s arms, in an heartbreaking scene when the snarkiest of all vampires in Mystic Falls realizes that he’s just lost his best friend and the woman he loves. (OMG, I miss Alaric and snarky Damon) 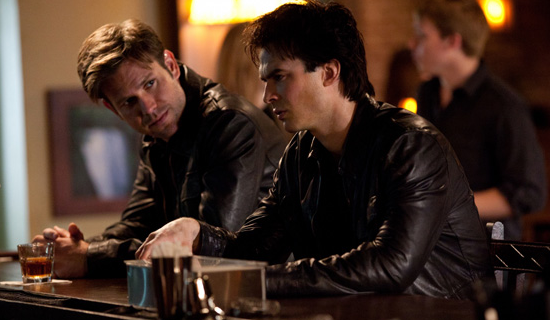 You know what they are? Children. Like lighting a candle’s going to make everything OK, or even saying a prayer. Or pretending Elena’s not going to end up just like the rest of us murdering vampires. Stupid, delusional, exasperating little children. And I know what you’re going to say: ‘It makes them feel better, Damon.’ So what? For how long? A minute, a day? What difference does it make? Because in the end, when you lose somebody, every candle, every prayer is not going to make up for the fact that the only thing you have left is hole in your life where that somebody that you cared about used to be. And a rock with a birthday carved into it that I’m pretty sure is wrong. So thanks, friend. Thanks for leaving me here to babysit. Because I should be long gone by now. I didn’t get the girl, remember? I’m just stuck here fighting my brother and taking care of the kids. You owe me big.

This bromance, at times, seems like a full blown romance! Andy even said that if his wife died, he would want to raise his son with Bobby!!! Andy’s love for his “man” is notorious, but Bobby has his moments too, such as giving Andy a sweater for Valentine’s Day!

Ted is best friends with Marshall since college, they were roommates, then they moved in together and everytime one needs the other, the other is there. But then along came Barney, and man, are they close or what?! Ted is Barney’s best bro!!! 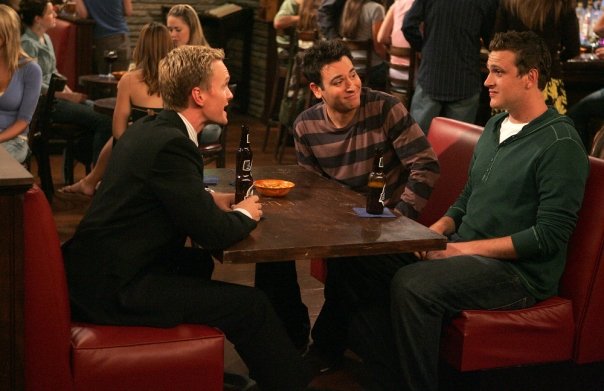 Wilson put up with so many crap from is bestie… but still, he was always there for him… 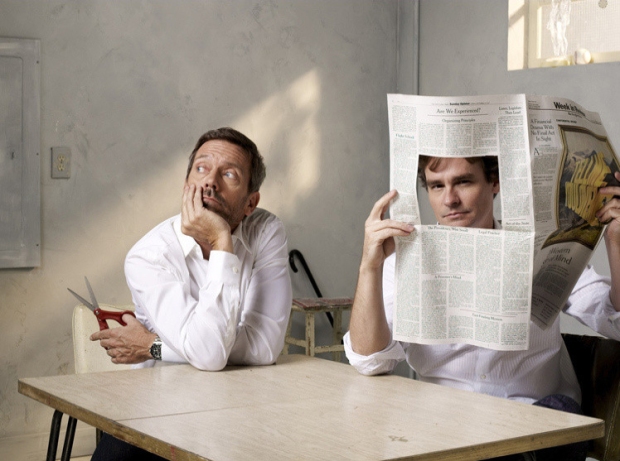 They’re are partners and best friends and yet, they’re as different as two people can be. But that doesn’t mean they don’t love each other… 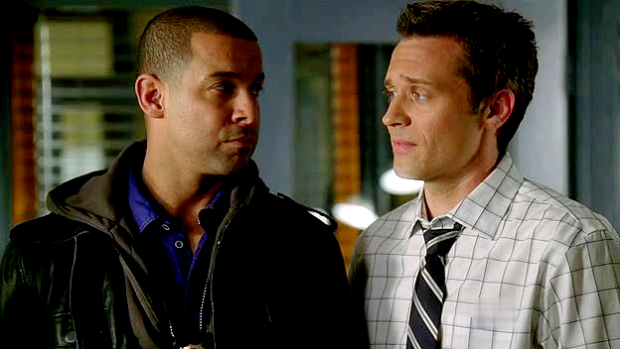 Yeah, except we’re not a couple of top heavy co-eds out looking for fun. We’re highly trained officers of the law with enough fire power to take out a horde of undead.

They are inseparable and, until the point that Howard actually found Bernadette, everyone kind of thought these two would end up together… because let’s face, Raj’s metro-sexuality is kind of gray… 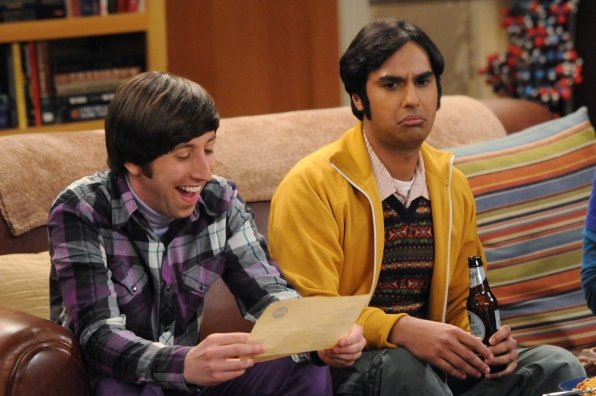 He doesn’t do anything for me. If I were going to go that way, I’m more of a Zac Efron kind of guy.

Peter was the only man who could catch Neal… twice! They have their differences, but their relationship is important for both of them, so much so, that Neal hated lying to Peter when Elizabeth asked him to, and Peter hated being lied to… (Just a small mention to Mozzie, that is awesome and has a bit of bromance going on there too… with Neal obviously, but we can see something growing with Peter 2!) 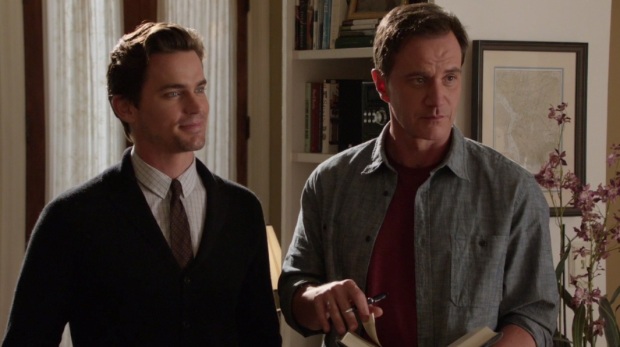 Because you are the only one who could change my mind. 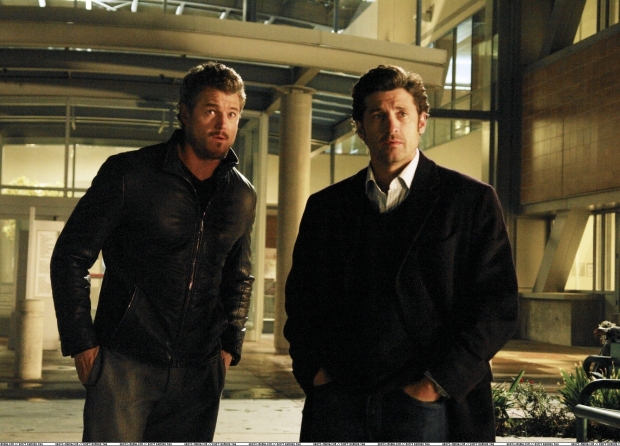 He was like my brother. I have four sisters. Four very…annoying sisters. Mark was my brother, it’s hard.

Hiro told Ando he had the power to manipulate time and Ando believed him! That’s all that’s needed to say! 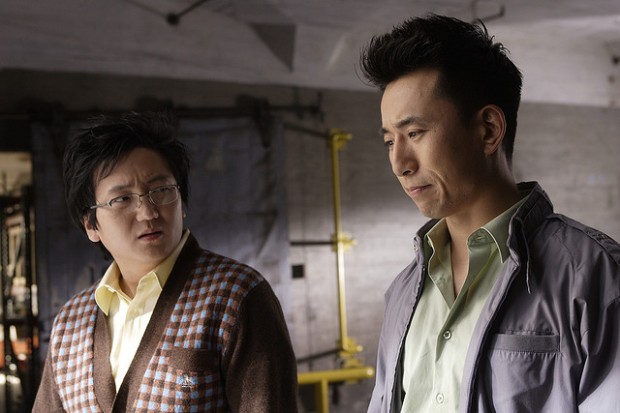