The news of the day regarding science in general and Human Evolution specifically is the publication of a paper in Science about the fifth skull found in Dmanisi and its implications on the whole of the Human evolutionary tree.

An iconic new skull from Dmanisi, Georgia, dated to 1.8 million years ago, presents a new face for our genusHomo. The stunningly complete skull of an adult man has a surprisingly primitive, protruding upper jaw, and a tiny braincase. Combined with skulls found earlier at Dmanisi, it suggests that ancient people from the same time and place could look quite different from each other. 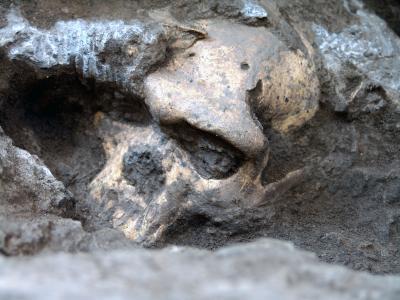 The skull in question, found back in 2005, present mosaic characteristics, or, a mixture of features observed in, what until now were, different early humans classified as different species.

But now, the authors indicate that the 5 skulls found until now, with different features, can actually belong to the same species.

Together, our analyses suggest that Skull 5 and the other four early Homo [human] individuals from Dmanisi represent the full range of variation within a single species. 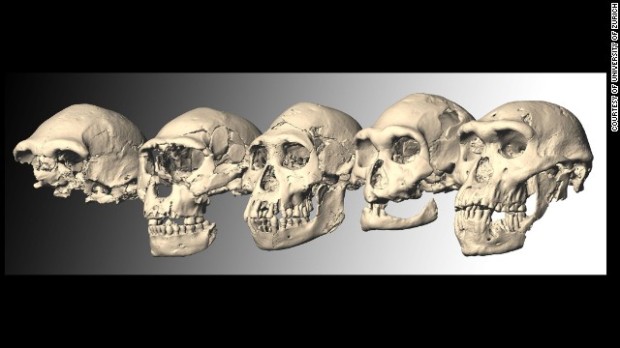 The authors indicate that the Dmanasi’s inhabitants could be part of a single human lineage, also including several earlier human species classified as something other that Homo erectus. Lordkipanidze and colleagues place these Dmanisi’s individuals in a single lineage of early humans that may stretch back as far as 2.4 million years ago in East Africa, when the first human species, Homo habilis, arose. This explanation would group the various human species that have been named during early Homo history into a single evolving species connecting Homo habilis to the Dmanisi humans, and to Homo erectus as it expanded across Eurasia.

We think that many African fossils can be lumped in this category and aligned with the single-lineage hypothesis.

So now, naturally, the controversy starts. It’s well known that not all researchers agree with the divisions of the Homo genus as they were until now, but they will likely not like the new proposal either, that proposes the fusing of what was thought to be several different species.