My conference ended, so Wednesday, 20th November, was a day to visit the city!

I managed to sleep in a little and then proceeded to watch The Changing of the Guard at Buckingham Palace. Got off at Green Park, stopped in the park for coffee – big mistake, given that there are no trash cans around the Palace, did you know that?! I had to walk all the way to Buckingham Palace Road to dispose of the coffee cup.

The band played a theme from James Bond, but I didn’t see much, I mainly saw the top of people’s heads. When I was finally ready to leave, given that I wasn’t seeing much and it had started to rain a bit, it started to hail, heavily!!! And I couldn’t go anywhere, because the guard was still leaving the Palace so no one could go through!!! Nice… I had to go to a gift shop to buy an umbrella, although I was already soaking wet!

I went then to Hyde Park Corner do proceed to Harrods and the Museums. I got in Harrods and I got lost! Man, that place is a labyrinth, I don’t know how anyone gets around in there knowingly… I found what I wanted though, the Harry Potter and Doctor Who merchandise. 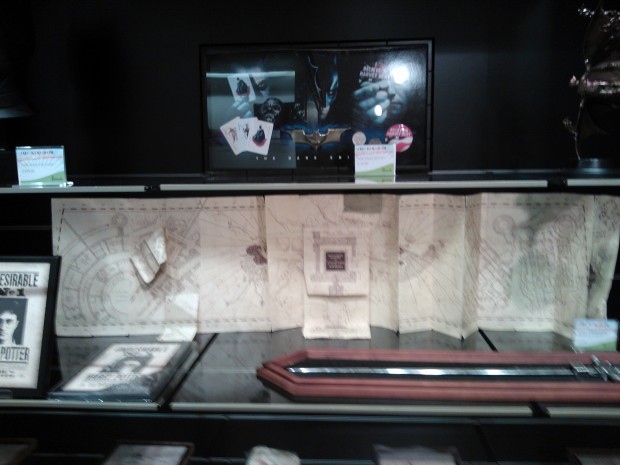 Yeah! That’s a Marauder’s map and a Gryffindor sword. And a real life size of a Nimbus 2001…

The prices though are sky high in there, the wands (from the Noble collection) are somewhat 8 to 10 pounds higher than on other places.

From then I went to the Science Museum. The museum has a great space and a great collection, but focus to much in engineering and medicine =/… Still totally worth it! Here is the DNA molecule model, built in 1953 by Watson and Crick!!

I then went to the next door, to the Natural History Museum, where they have outside an espetacular ice ring.

I have serious mixed feelings about this museum. No doubt they have a spectacular collection of several species of birds and other animals, but they are stuffed animals and when you think of it, it’s kind of creepy! 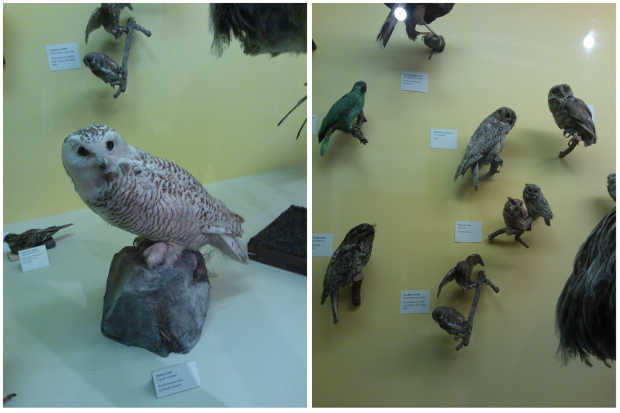 If you don’t get what those are, they are hummingbirds.

Then I went (again) to Oxford street, where I’m totally in love with John Lewis department store, mainly the fourth floor, where they have an array of beautiful yarns and sewing machines, and the ground floor, where there is an amazing array of mixers and baking accessories… Heaven! 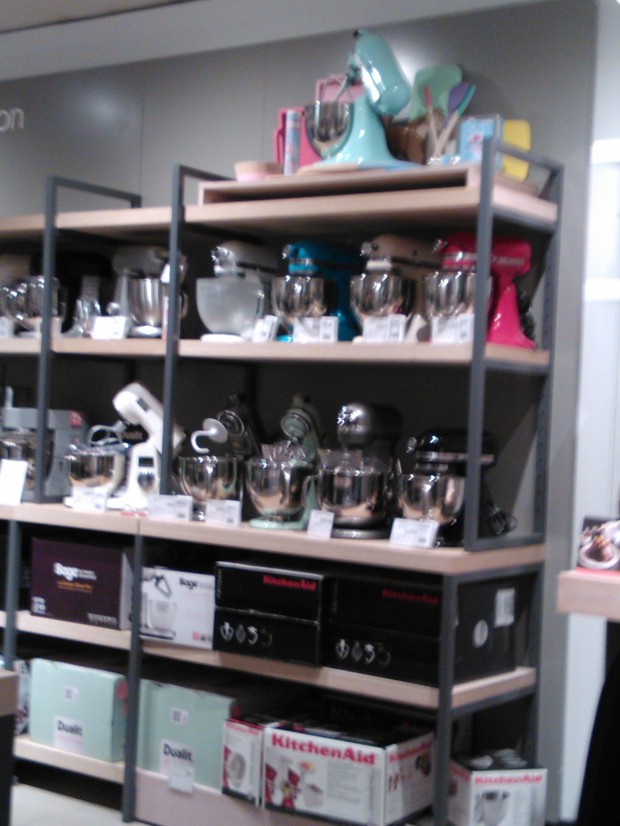