This was an amazing week for Psych – the 8th season begun with an amazing episode set in “London” and they won the Favorite Cable TV Comedy awards at the Teen Choice Awards. Yay for Psych! 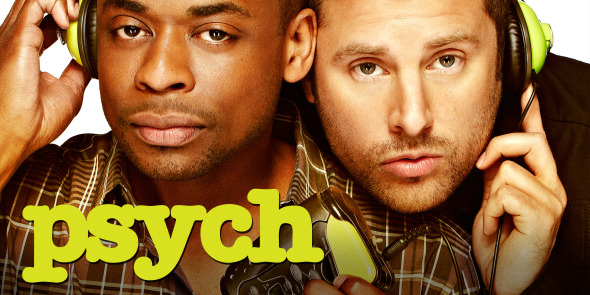 After a musical episode last month which left me kind of disappointed and confused (timeline wise), the season 8 premiere was absolutely amazing!

Shawn and Gus go to London, because Shawn in called to INTERPOL (the folks from the DVD warning screen) to what he thinks is a consulting job, and Gus in attending  PotterCon (are those things real? because if they are, I want to go there, bad!).

After a few troubles getting through airport security, due to Gus wand, broom and potions, to to mention his outfit, they eventually get through and to London, without their luggage, which means that Gus spends the entire episode in his Gryffindor robes.

Despite the absence of most of the cast, the show makes up for this with the always amazing Pierre Despereaux who turns out is heading that portion of the Interpol, or just playing so… still not really sure. Lassiter also makes small appearances from back at the police station.

Lot of action and a lot of Harry Potter/Rupert Grint mentions, makes Lock, Stock, Some Smoking Barrels, and Burton Guster’s Goblet of Fire of the best episodes of Psych to date!

“That is a Phoenix feather sir, not a weapon. If you’re familiar with the most popular franchise in the history of film, maybe you wouldn’t experience such confusion here.”

“our arrival at Heathrow and the Rupert Grint meet-and-greet at Leicester Square.I’m a Grint Grunt loud and proud”

“He’s not bringing a giant sharp wooden stick as a carry-on!”

“That ‘stick’ is a Nimbus 2000, a gift Harry Potter received from Minerva McGonagall. Which you would know if you ever successfully opened a book.” 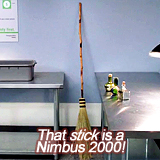 “I promised my local Potterheads that I’d be returning with a picture of myself and Rupert Grint, possibly Pottering.” (Defined by Gus as jumping off “something high with a broom and snap a picture in midair so you appear to be flying.”)

“I thought I saw Rupert Grint, but it was just dumb old Prince Harry.”

“You know, Shawn, I really would like to help you, but I have the opening hat ceremony, then the Horcrux scavenger hunt, then the Quidditch tournament. My afternoon is booked solid.”

“As far as my exploits go, let’s just say when I was 13 I broke into the Ministry. I fought off mobs, and once, I even got splinched.”

“I am pretending to be a wizard, Shawn. Get your fantasy fiction right!”

“While you’re at it, could you look up Rupert Grint’s address?”

“I’m starting to smell like Hagrid’s dog.” “Fang.” “You know Fang but you don’t know who Dumbledore is?” “I know dogs.”

“I came here to drink my weight in Butterbeer, and that’s exactly what I’m going to do.”

I was particularly pleased with all the Rupert Grint/Ron Weasley references… I guess I’m a Grint Grunt as well!

For the first time since I’ve been is Spain, I went to the movies to see a Spanish movie: 3 Bodas de Más.

The comedy is hilarious! So, this thirty something girl, marine biologist, gets dumped by her boyfriend of three years at a wedding, in front of the whole table. He claims that she says yes to everything and doesn’t have her own opinions… he’s right! 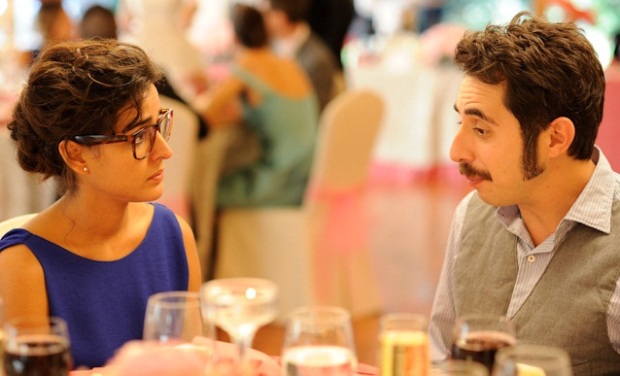 Three months later, she’s trying to deal with it and she gets a new intern at the lab and one night they all go for drinks, and she just can’t handle her liquor and ends up going home with some vain guy. Next morning this guy seems reluctant to leave, walks around half naked, answers her door, gets her mail, sees her videos on facebook. Is here that she receives 2 wedding invitations, for 2 of her ex boyfriends. Having a shitty day, she takes her dog for a walk, with the same guy on tale, and runs into her last ex (the one that dumped her on the wedding) and he tells her how he has opened his eyes and found the perfect woman and is going to get married… and invites her as well!

Not feeling like he can attend any of the events, Dani (her intern) convinces her to go to the first one, from her ex-boyfriend Mikel, offering to go with her, so she doesn’t have to attend alone. Ruth and Dani go to the wedding (a beach wedding and she’s the only one not in white) and after a lot of weird and funny things, she gets interested by a doctor who’s attending, Jónas, and the two end up kissing, with him having to leave soon after and she feeling like he was running away from her. Feeling not so well, Ruth drinks (and other stuff) and ends up sleeping with her Dani (intern) and the girl who was photographing the wedding.

Soon after this, and a few awkward moments between her and Dani, she gets a date with Jónas and the two become a couple. While on a date with him, she runs into the second ex-boyfriend getting married, Alex, who, turns out, had a sex change and is now a gorgeous woman. Not wanting Jónas to think she’s weird, she asks Dani to be her date to this wedding and obviously he can’t say no (by now it’s pretty clear that he likes her).

At the wedding, they run into Jónas and his girlfriend and Ruth finds out that she has been “the other woman” all along and breaks thing off with him. Ruth and Dani return home, with him showing his trust and confidence in her and urging her to be more decisive, ending up confessing his feelings for her. She goes home alone and at the door she finds Jónas, who tells her that he just needs time to break up with his girlfriend (who’s in a wheelchair because of him), but that he wants to be with Ruth, she just have to wait a bit, which she agrees to do.

As Ruth is waiting for Jónas to attend the third and last wedding, of her ex Pedro, she gets a call from her boss telling her that the work she submitted to Nature was accepted, but turns out that she didn’t submit it, Dani did in her name, and in this moment Ruth decides to stand up to her boss. Growing more unhappy with the situation with Jónas, she breaks up with him when they get to the wedding, tells Pedro off and ends up running off the bride!

She then goes to Dani’s house and tells him that it’s him she wants to be with, which is clear to the viewers from the beginning, but still great to watch.

The movie is really funny, despite being a typical Rom-Com, it has bits of humour that are not so typical in this kind of movies. 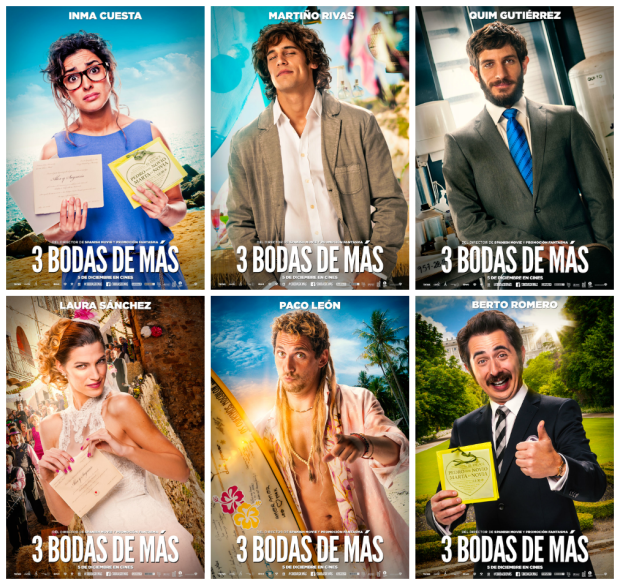