This week’s episode of TBBT was called The Convention Conundrum, why?! Well because it finally touched a topic long overdue: Comic Con! 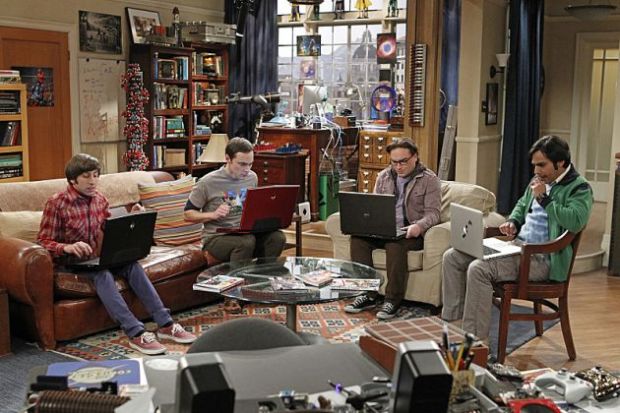 Well, they don’t actually get to go to Comic Con in the episode, which is a shame, but they fail to get tickets, even after so many minutes of refreshing their screens. So, saddened by it, they find other solutions: Raj, Howard and Leonard decide to buy someone else’s tickets, while Sheldon, afraid to be banned from Comic Con forever, decides to set up his own convention.

Neither solution works out really well: the guys end up not doing it, afraid of being charged with theft and having to put that information when they apply for grants or residency visas (as well as being banned from Comic Con). Sheldon tries to contact several celebrities to panel in his convention without any luck. 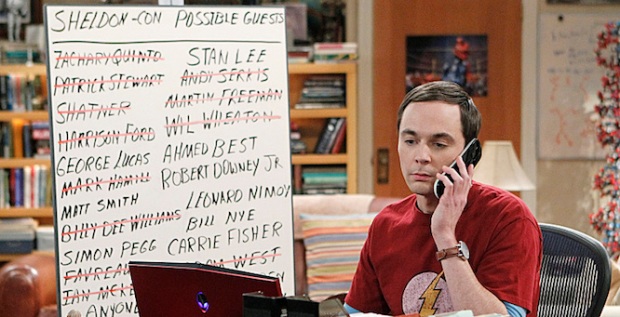 Then Sheldon decides to stalk James Earl Jones, who finds him a delight and the two end up spending the whole night together, which includes a trip to a stripclub, knocking on Carrie Fisher’s house, karaoking and going to a steam room… together… so it turns out that this is not the kind of stuff Sheldon enjoys, and when James Earl Jones tells him that they could all go with him to Comic Con, because then he could take Sheldon out every night, he wasn’t overjoyed! 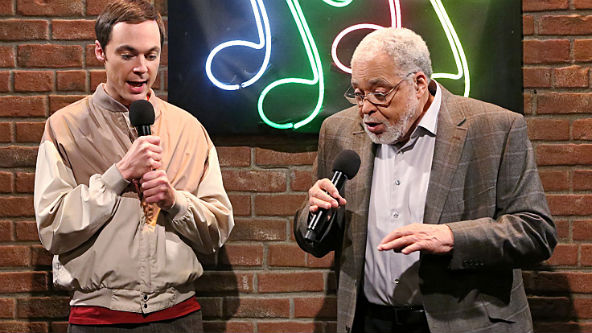 In the meanwhile, the girls, thinking that the boys are acting like such a band of teens, decide to prove that they are the adults, only to find out that being an adult isn’t that much fun! Bernadette still buys clothes at the kids department, Penny laughs out loud when old people fall and Amy never had sex (but if having sex would make you an adult, Penny would be the oldest….). 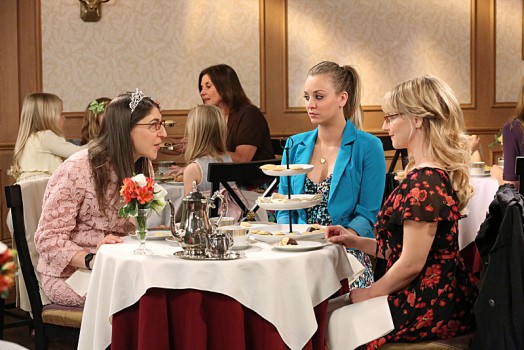 The episode was great, it’s always nice when they score such amazing guest stars, and James Earl Jones was just so at ease that it was impossible not to love Darth Vader.

I do have a couple of issues with this episode.

The first one is, why it’s always only Jim Parson to interact with this huge guest stars? First Leonard Nimoy (albeit just his voice), Stephen Hawking, Stan Lee  (sure, Penny was there…) and now James Earl Jones and Carrie Fisher? Why don’t the other guys have equal opportunities to do just that? I know that Sheldon is supposed to be the most obsessed, and probably the only one who would think that it was OK to stalk someone while they’re having diner, but couldn’t the others just have some kind of similar opportunity? Don’t get me wrong, I love Jim Parsons and he’s amazing, but I happen to think the whole cast is amazing and deserve to shine as much as Jim. 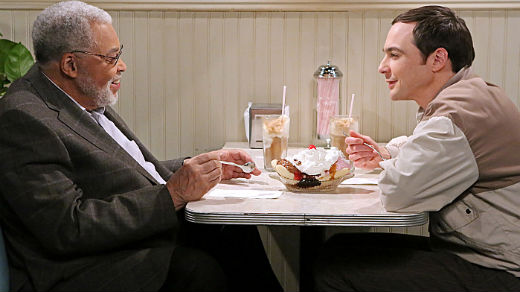 My other problem is Penny! I thought in this season we were finally getting over the whole “you’re good for nothing” kind of jokes. What I mean is, the scene at the bar was going so well, until they split the bill in two and not three. I don’t think the writers had the need to go there. I know she never has money, but at least she looked embarrassed before when that was mentioned…

I love the girls on the show and I do think that they can’t do no wrong (that’s how good they are), but I feel that most of the times Penny is left to very little to do, most of the times is the drinking, or her shopping issues… she deserves more!