It’s that time of the year again. Valentine’s Day’s episodes popping all around… For the second year in a row, TBBT did not disappoint. 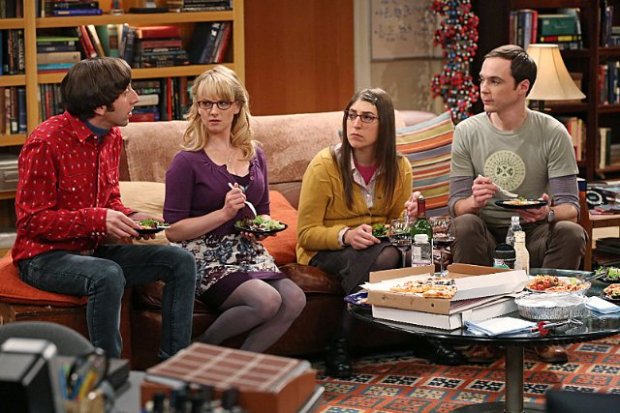 This year was mostly about Shamy, in a turn out that will have people talking for days, and hopefully, it takes their super super super slow relationship a step forward. 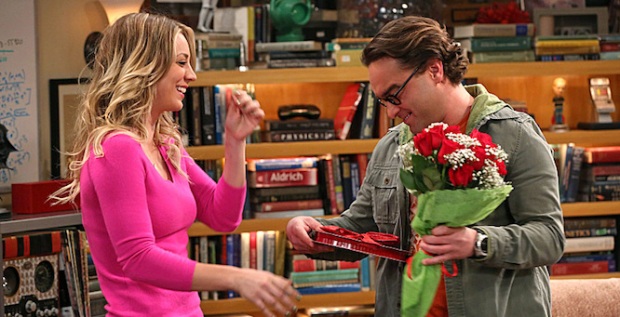 So, it’s Valentine’s Day, Leonard and Penny decide to have a quite night in. She buys him flowers and chocolates (that were actually free – and she ate some anyway), and he gives her Lakers tickets so she can take anyone else but him to the game… she loves it… they move the party to the bedroom and leave Cinnamon (Raj had a “date” with the telescope) in the living room with the chocolates that she obviously eats. So they rush her to the Vet, where a really mad Raj hits it off with Ivetty (the vet). She end up giving him her number, but he only finds it hours later at home.

Amy plans a weekend that even Sheldon has to agree that it’s fun, because it involves dinner in a train, sleeping in a separate room alone, and having another couple there to buffer everything (Howard and Bernie). During dinner, however, Sheldon meets another train enthusiast and leaves Amy hanging. After she points out that he’s behaving badly, she just wanted some romance, he decides to give it her (not at all nicely) and ends up kissing her (kissing is romantic). But the fact is: HE ENJOYS IT! Yay for SHAMY!!!!

I have to say that I love the normalcy of Penny and Leonard relationship, even with all those little stabbings at each other. I feel that both of them grew so much. Also, how weird is that Howard and Bernadette are the most normal couple in that mist?! Finally, 3 years in the making, and Sheldon finally kissed Amy!

2 thoughts on “The Big Bang Theory: The Locomotion Manipulation”