I was always a huge Sailor Moon fan, since the moment it started airing in Portugal in 1994. Through the following years, I watched it regularly, going to the point of programing my VHS (yes, those still existed…) to record the anime in the spanish channel while I was at school, because they were like 5 episodes ahead of the portuguese channel… Yeah… I did that! And then I would come home from school and watched them… sometimes more than once. I also collected the trading cards.

A couple of years ago I found the whole anime online (PT version) and binged watched the whole 200 episodes, plus the movies. I also have the whole soundtrack in my iPOD, and I’m not even ashamed of that!

So when I read a while ago (thanks Tumblr) that they were doing a remake, that would follow the manga a little more closely, I was so damn excited. First of all, because it’s so funny, then, it was the first ever anime/cartoons/or any other thing that basically had an all women cast, kicking some ass. I mean, you Tuxedo Mask there but that’s just it!

(Usagi, lovely to see you have your priorities straight…)

It’s also the first anime I saw (20 years ago) that was bold enough to portrait several same sex relationships. Yeah, in some countries Haruka and Michiru were “cousins”, but come on… And that wasn’t even the first or only, there was Zoisite and Kunzite, because you know, Zoisite was slightly feminine, but he was definitely a MAN, and that was awesome. And I will not even mention the Sailor Star Fighters, who are all originally female (and in the manga they just crossdress as men).

So, Sailor Moon Crystal is a reboot of sorts of the original series, that will stick closely to the Manga. The story so far isn’t far out from the first episode of the original anime, the design is clearly different, so are the colours and general effects, but the heart and soul is still very much the same. It’s awesome! 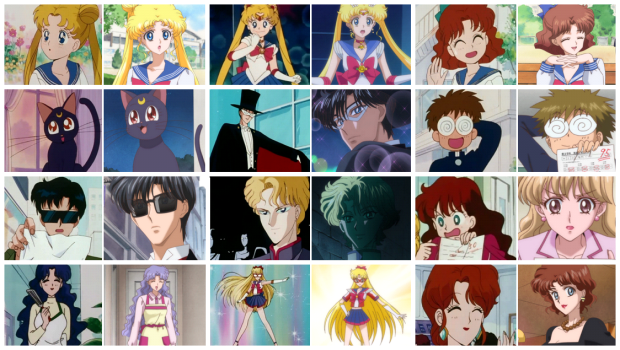 I have no problem in reading spoilers… I do it all the time! And warning, this post will be full of them…

But never in my life I was so glad to read them than this one time (if you don’t count the HIMYM finale). As soon as I finished watching the movie, The Mortal Instruments: The City of Bones, I went online to clarify the whole business of Clary and Jace being siblings. And again, so glad I did. Why?! Because otherwise I think my head would be utterly screwed up!

Many authors play with the concept of incest, of siblings separated through their whole lives falling in love and loving each other somehow. But honestly, I don’t think someone went as far as Cassandra Clare when she played out Clary and Jace’s relationship. They find out they are brother and sister and the end of the first book, City of Bones, after some hot and steamy make out sessions. So far so good, they are utterly repelled by the thought, although it’s hard for them to ignore their feelings, but unlike the movie, in the book there is no doubt that this is true, they truly believe they are siblings.

In book two, City of Ashes, is when the shit hits the fan! Jace has no trouble telling Clary that he wants a relationship with her, but not as her brother, that they could be secret lovers and have an incestuous relationship, because he wants her so damn much – this is a very screwed up moment, because here you are, reading, super repulsed by the thought of what he’s proposing and at the same time, wanting to smack Clary on the face because she refuses him!!!! Worst, is when one of the most amazing moments of the book is their kiss in front of the Seelie Court (and Simon, Clary’s “boyfriend”) and one of the worst moments is when Jace lies and tells her that he just wants to be her brother!!!!

Screwed up, right?! I mean, I can only imagine what a 14 year old teen, reading this without knowing what’s coming… wow! =/

Book three isn’t any easier! In City of Glass, Jace says the worst things to Clary, to push her away, and all the time you can only think “GOD DAMNIT JACE! STOP IT! YOU LOVE HER!!!!“. Then, he apologises, so far so good, but then they find out about the whole demon blood stuff and all hell breaks loose, again, and there they are, making out and undressing themselves on the hill near the Wayland manor! 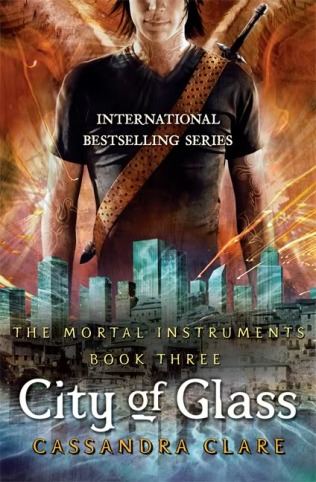 Luckily the nightmare of mixed feelings – shipping a couple that are siblings – ends in the end of the third book, when both of them find out that it turns out that they aren’t actually related!!! Thank God, because, seriously, not that we shipped them any less because of it, but at least it stopped being wrong! So yeah! I was so glad that I read the spoilers =D !!!