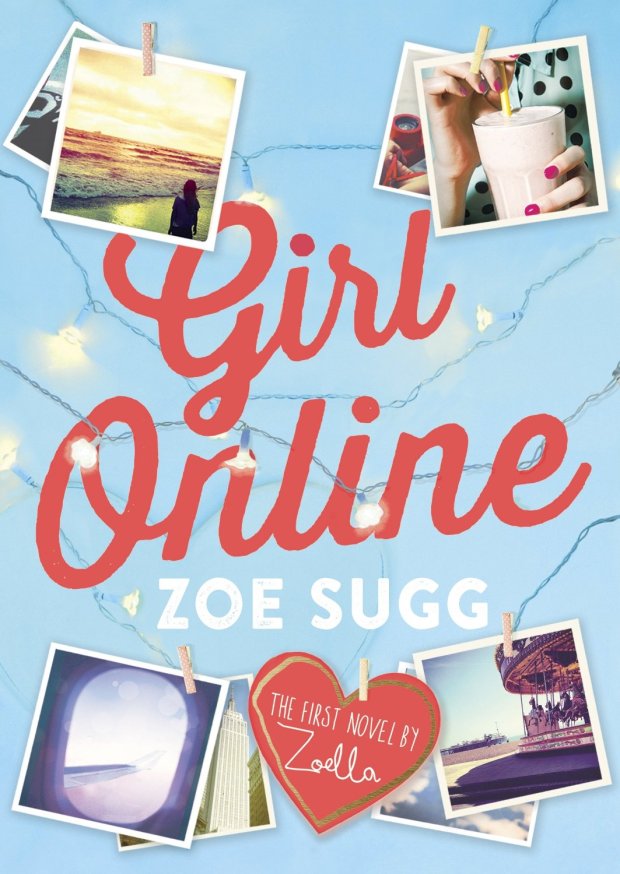 I had no idea GirlOnline would take off the way it has – I can’t believe I now have 5432 followers, thanks so much! – and the thought of opening up to you all about this is terrifying, but here goes…

Penny has a secret.

Under the alias GirlOnline, she blogs about school dramas, boys, her mad, whirlwind family – and the panic attacks she’s suffered from lately. When things go from bad to worse, her family whisks her away to New York, where she meets the gorgeous, guitar-strumming Noah. Suddenly Penny is falling in love – and capturing every moment of it on her blog.

But Noah has a secret too. One that threatens to ruin Penny’s cover – and her closest friendship – forever.

This book took me FOREVER! Ok, so not forever, but 5 days is way too much for this kind of YA book.

Girl Online did not work for me. It took me so long to get through it because for the first 100 pages or so, I could not read more than 20 pages at one sitting.  After page 100, when they are in New York, the pace becomes a little more bearable, but still, it’s not a great improvement.

The plot uses all the clichés in the world of YA lit: gay best-friend, clumsy girl, girl who can’t connect with the world, miracle trip, instant-love with a random stranger in NYC who turns out to be pretty famous, hot guy back at school who suddenly likes her back… you get the gist… It’s nothing that others YA novels haven’t used a million times. So, what makes this one worse than all the others?! It’s terrible written! SO BAD!

So, here are some stuff that really troubled me while reading this and had me rolling my eyes and huffing loudly on the train:

This book did not work for me, but hey, maybe I’m alone on this one. And maybe you all loved it. It has a 3.8 rating on Goodreads, so people have enjoyed it.

Also worth mentioning is the slight scandal that surrounded this book a couple of months back. Apparently this book was written by ghostwriter, Siobhan Curham, and Zoe just had the idea and the obvious name-attached to it since she’s a famous YouTuber (apparently… I had never hear of her).