WOW! I did not see this one coming! JK Rowling has just announced that a new play called Harry Potter and the Cursed Child is coming to London’s West End on Summer 1026.

Based on an original, new story by J. K. Rowling, Jack Thorne and John Tiffany, Harry Potter And The Cursed Child, a new play by Jack Thorne will receive its world premiere in London’s West End in the summer of 2016 at the Palace Theatre.

Harry Potter And The Cursed Child, will be directed by John Tiffany with movement by Steven Hoggett, set designs by Christine Jones, costumes by Katrina Lindsay, lighting by Neil Austin, music by Imogen Heap, sound by Gareth Fry and special effects by Jeremy Chernick.

I’m truly happy about this, Harry Potter lives! Time to start making some plans to visit London next summer… 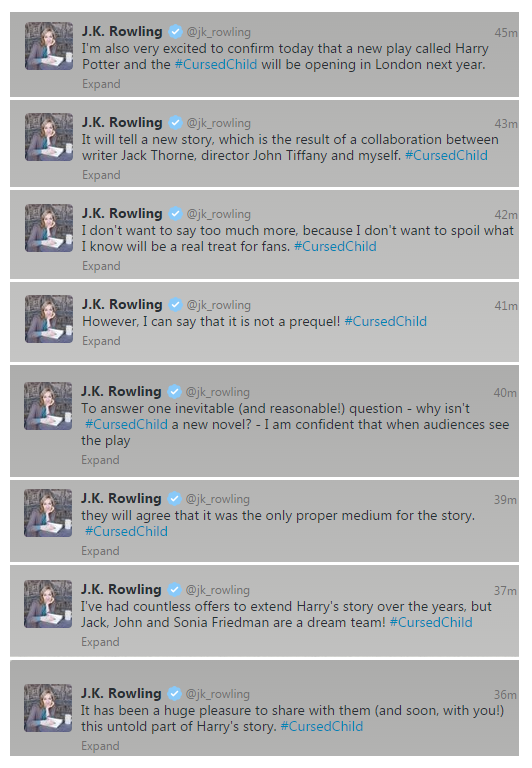