A few days ago I went to see the new Terminator thinking that it would be, at best, a couple of well spent hours. But it was so much more than that. I loved it! I had so much fun, I laughed the whole time and even managed to shed a couple of tears… 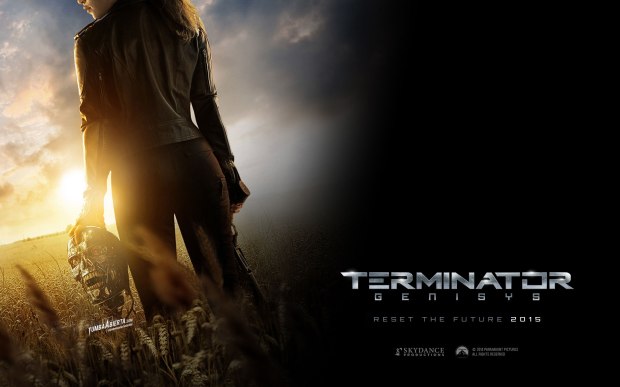 So, the movie is not anything AMAZING, there are some flaws in the plot, I wasn’t particularly fond of the acting (especially Emilia Clarke – sorry!), but Arnold Schwarzenegger’s Terminator kind of made up for all of that. It showed that at almost 70 years, he’s still a force to be reckon with, in terms of acting, comedic timing and action sequences.

Also well done was the incorporation of the younger version of himself in the movie. It made me want to go back and watch all the original movies again and again.

Emilia Clarke kind of looked like Linda Hamilton from some angles, and she’s fierce all right, but nothing compared to the original Sarah Connor. Jai Courtney and Jason Clarke were ok as Reese and John.

The plot itself is a bit wonky, it seems like something out of a Doctor Who episode, and speaking of it, Matt Smith is in the movie, but the role he plays, though important, is a bit mehhh. Also, when Genisys is maturing, wasn’t a bit weird that it went from a clear teen American voice, to Matt Smith’s accent?

All and all, I quite enjoyed it, 😀 but mostly because Arnold Schwarzenegger carried this movie.

13 thoughts on “Movie of the Week: Terminator Genisys”