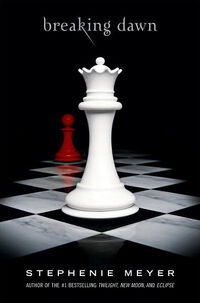 This is a bit random, but I forgot to mention this when I review Red Queen, and I really wanted to share it. You know when you get a picture in your mind of one specific character, you can fully visualize him and all. Maven for me was the easiest person to visualize from Red Queen, why? Well, because I imagine him as a young Loki. Black hair, blue eyes, youngest brother, inferiority complex, … he’s a young Loki (Tom Hiddleston).

Does anyone else see it?!

Yesterday, after Kat’s Q&A on twitter, she released a photo of the main cast (minus Simon), in costume, probably in Magnus loft for his party. Check it out.

So what do you think? I read a lot of people complaining about Clary’s outfit, remember please, the dress belongs to Izzy, is supposed to be short and revealing. About Isabelle’s dress, I can totally see her using that, she uses some weird stuff throughout the books. About Magnus not being sparkly enough, we’re not having a proper look at him.

I think they all look great, Dom (Jace) is especially hot, as well as Matthew (Alec), as usual too.

Laia is a slave.

Elias is a soldier.

Under the Martial Empire, defiance is met with death. Those who do not vow their blood and bodies to the Emperor risk the execution of their loved ones and the destruction of all they hold dear.

It is in this brutal world, inspired by ancient Rome, that Laia lives with her grandparents and older brother. The family ekes out an existence in the Empire’s impoverished backstreets. They do not challenge the Empire. They’ve seen what happens to those who do.

But when Laia’s brother is arrested for treason, Laia is forced to make a decision. In exchange for help from rebels who promise to rescue her brother, she will risk her life to spy for them from within the Empire’s greatest military academy.

There, Laia meets Elias, the school’s finest soldier—and secretly, its most unwilling. Elias wants only to be free of the tyranny he’s being trained to enforce. He and Laia will soon realize that their destinies are intertwined—and that their choices will change the fate of the Empire itself.

I adored this book! I found the world building exceptional and a bit terrifying, but it was complex and well-constructed, and the setting is amazing.

It took me a little time to get really into the book – not the book’s fault though – it just coincided with me being at a new place, less time to read in my commute to work, the raging heat and the fact that I own the hardcover and it is heavy as hell. Still, the pacing is great, especially when Laia and Elias’s lives become entangled.

Speaking of Laia and Elias, they are both strong characters and I really liked the dual perspective of the book, given that their time together is not that much, it is important to have both sides of the story. But if I had to pick one over the other, it would have been Elias, I LOVE Elias, and his chapters had so much feeling to it. Laia kind of annoyed me at first, with her feeling guilty and wanting to save her brother at all costs – honey, your brother told you to run, if you had stayed he wouldn’t be happy about it.

Jealous Elias is the best!

But once she meets Elias and begins to open her eyes to everything around her, she grows so much, she has an incredible amount of character development and I can’t wait to read more about her.

The writing is amazing, and Sabaa Tahir knows how to play with our emotions… OMG, that third trial broke me! I was sobbing in the subway… SOBBING! Worst! I cried for MARCUS!!! Can you believe it? I cried when he was telling Elias what he had done during that trial, and I could have killed the Augurs for it.

I love how the Augurs manipulated all the situations so Elias and Laia could run, because they are both embers in the ashes… well played!