Hey, another tag!!! I have a few to catch up on, so… I was tagged by Raven @Dreamy Addictions and Paperback Discovery for this tag – thank you both so so much!!!

It’s funny I’m doing this tag today, because today is most definitly not a summer madness day! It’s a huge storm outside, complete with thunder and rain… But let’s do it!

1. Show a book with a summery cover!

I had to go for a book on my TBR, because I realized that I don’t own any “summery” book! None. But I want to read The Fill-In Boyfriend by Kasie West at some point, so it’s a valid answer.

2. Pick one fictional place that would be the perfect destination for a summer vacation!

I’m not big on summer, so I would like to make a visit to the Autumn court from A Court of Thorns and Roses by Sarah J. Maas for the duration of that period. I would like to be accompanied by Lucien, obviously, as long as his horrible family was no where in sight.

3. YOU’RE about to go on a flight to your summer vacation. But you want to read a book that lasts for the whole flight, what novel (la) do you choose?

I guess that would depend on the destination, right? Because if I’m just stepping for a 2 hours flight is one thing, but if it’s something like my upcoming 18 hour trip to Seoul, that’s something else entirely! Still, I think I would pick up Anna and the French Kiss by Stephanie Perkins, that has been sitting on my shelf for a while now, and might just be the perfect quick and light flight read.

4. You have a case of summertime sadness what happy book do you pick up to shine a smile on your face?

Fangirl! Yep, Fangirl by Rainbow Rowell. I had a smile on my face for all of it. And if that failed, Simon Vs The Homo Sapiens Agenda by Becky Albertalli.

5. You’re sitting at the beach all alone…which fictional character would be your beach babe?

Rowan… from Heir of Fire by Sarah J. Maas… do I need to explain myself?! Or Jem from The Infernal Devices by Cassandra Clare… Is it the silver hair? 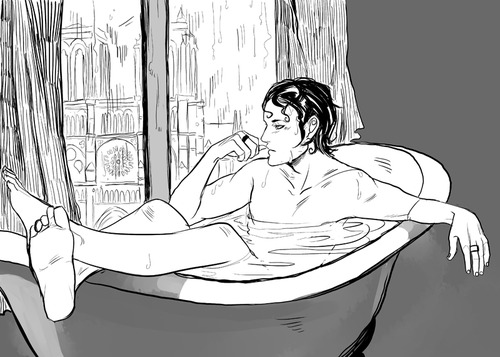 6. To match your ice cream you want an icy cool sidekick! Which fictional side kick do you pick?

Magnus Bane!!! Is there anyone funnier and more awesome in the fiction universe? I think not! He would be fun to be around (and not bad on the eyes either).

The Girl Who Read too Much

Life and Other Disasters