Welcome back for the 24th day of The Harry Potter 30 Days Challenge! As you know by now, Leannaatc @Short Story Long had this idea of a month full of Harry Potter and you can find the prompt for each day here here.

Obviously there are a lot of scenes that I wished had made their way into the movies, because they were epic. A lot of them has to do with whole plotlines, such as SPEW or Winky or Peeves or Firenze, that never made it into the movies. So, those would actually be a lot of scenes, and I won’t mention them again.

There are a few scenes that I wished has been done differently, two in particular come to mind, and it’s the kisses scenes. The kisses in the movie always came out as awkward, especially those between Harry and Ginny, and I wished that their first kiss in Half Blood Prince had been true to the book, you know, in the middle of the common room, with everyone around…

That movie-kiss bothered me more than Ron and Hermione’s first kiss in the movies – a scene that I also wished was just like the book, because the book-scene was awesome.

Another scene that I was had been included was the one that explained the life of Albus Dumbledore, and what had happened to his sister Ariana…

But the one that I really wished had been included and wasn’t, was Dumbledore’s funeral. I cried my eyes out on that particular moment of the book, because everyone that had been in the books so far was there to pay their respects to the amazing wizard and person that was Dumbledore. Even the merpeople! And the giant squid. 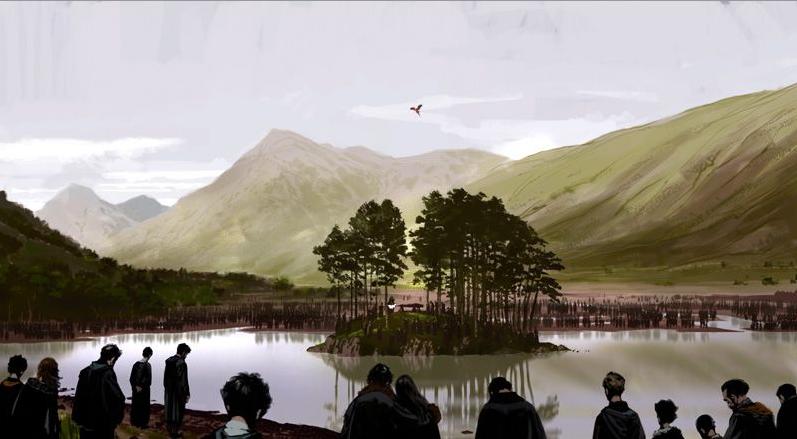 – Day 21: Pick one character to bring back from the dead –

– Day 22: Would you rather read only Harry Potter for the rest of your life, or never know it existed? –