Welcome back for the 29th day of The Harry Potter 30 Days Challenge! Just one more day to go! As you know by now, Leannaatc @Short Story Long had this idea of a month full of Harry Potter and you can find the prompt for each day here here. 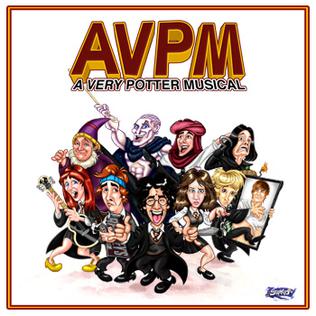 A few days ago I mentioned the fact that I hadn’t watched any of the Harry Potter fan adaptations, so unfortunately I still haven’t watched this one either.

Keep in mind, when I first read Harry Potter, A Very Potter Musical was already out and wildly popular, and I really liked Darren Criss from Glee and I really wanted to watch it. But I think the hype was too big, and youtube was not really my thing, so I kept pushing it, so I’m still waiting to watch it.

I’ll get to it… eventually!

– Day 21: Pick one character to bring back from the dead –

– Day 22: Would you rather read only Harry Potter for the rest of your life, or never know it existed? –

– Day 25: Nineteen years later. Are you happy how it turned out, or do you wish something was different? –

– Day 27: If you had to take a PIECE of your soul and place it in an inanimate object, which do you choose? –

Lately I’ve been neglecting everything on my blog apart from books. While TV Shows will certainly be back in force at the end of next month, I’ve been toying about the idea of how sometimes you make a musical association in your head, and then you simply can’t listen to that particular music without thinking of that other thing, whether it was a moment in your life, a game played, a video watched, show, movie, whatever something that was not the music original design.

Today, for my first time doing this, I bring to you “The Big Bang” by Rock Mafia, which is one of my all time favorite songs and honestly I think it’s because of the connection I always make with it. I love this music. I love it so much that it has been my ringtone for the last 5 years… yep, 5 years with the same ringtone!

So, what do I connects with this music you might be asking by now. I’ll tell you! Lois & Clark,  from Smallville. And that’s because of this fanmade video I found on YouTube a few years ago. It just brings all the feelings and the music is so well coordinated with the images, that I couldn’t help but to fall in love with it. So each time my phone rings, I think of Lois and Clark! By the way, Erica Durance and Tom Welling will forever be my perfect Lois and Clark.

And the official music video for The Big Bang stars Miley Cyrus and Kevin Zegers (also known as Alec Lightwood from the City of Bones movie).

So each of the music videos do you prefer? I honestly will go for my Smallville pairing every single time 🙂 ! Does dis happen to you a lot? Associating a music with something that will always pop on your mind as soon as the music starts playing?

I have a curse
I have a gift

I am a monster
I’m more than human

I am their weapon
I will fight back

The last time she did, it was an accident, but The Reestablishment locked her up for murder. No one knows why Juliette’s touch is fatal. As long as she doesn’t hurt anyone else, no one really cares. The world is too busy crumbling to pieces to pay attention to a 17-year-old girl. Diseases are destroying the population, food is hard to find, birds don’t fly anymore, and the clouds are the wrong color.

The Reestablishment said their way was the only way to fix things, so they threw Juliette in a cell. Now so many people are dead that the survivors are whispering war – and The Reestablishment has changed its mind. Maybe Juliette is more than a tortured soul stuffed into a poisonous body. Maybe she’s exactly what they need right now.

Juliette has to make a choice: Be a weapon. Or be a warrior.

Even though everyone had already read this book but me, I still had no idea what the story was all about – yes, I did not read the blurb, on purpose, I trusted that it would be good!

I am in love with the writing! So damn in love with it. So I’ll warn you right now that there will be a lot of quotes in this very short review, that’s how gorgeous the writing is. This month has been a treasure in terms of unique books, first The Wrath and the Dawn, and now this?! WOW!

I’m so intrigued by Juliette! Truly, how sane would anyone be if you couldn’t touch anyone? I would go mental. Parents not wanting you… wow…I felt so sorry for her. Also, she’s just like Rogue from the X-Men, so I immediately loved her. Plus, her internal dialogue is amazingly beautiful.

I mean, it’s just so poetic… I can’t get enough… Last night when I was trying to choose which quotes to put up here, I couldn’t make up my mind, because the writing is so gorgeous! (not to be repetitive or anything…)

I just wanted to wrap Juliette is my arms and tell her that everything was going to be fine (too bad that would probably get me killed in the process…).

Fair warning, I doubt that I will spoil anyone, because I bet that you’ve all read the books, but either way, be warned, I might say something SPOILERY!

Now, before you kill me for what I’m about to say, keep in mind that so far I’ve ONLY READ SHATTER ME, I haven’t read the sequels yet. Are you keeping that in mind? Good! So, I really like Adam! He’s just so sweet and attentive to her, and their scenes together are hot and steamy (and not just the ones in the shower).

I really like him. I like Adam with Juliette and I like Adam with James, and I wanted to punch James and Kenji a couple of times during the book, because come on! They have the worst timing ever! Couldn’t they just let Juliette and Adam advance their relationship… poor Juliette (and Adam, after the second time I bet that he was just about to explode).

Also (again, don’t kill me), Warner is a bit of s psycho in this book. He has a very weird fixation on Juliette and that whole scene in the warehouse (or whatever), though undoubtedly kind of hot, was super disturbing. How can he be so obsessed with someone he just met? His happiness for being able to touch her and then proceeding to assume that she would want to be touched by him, was unnerving. I know that everyone loves Warner, and I’m pretty sure I will to, but so far, nop, the guy is shady and creepy, albeit hot and beautiful.

I really liked the setting, I want to see more of it. The plot itself was nothing special, this book mainly introduced the characters and set up the world, and I’m betting that the next ones will have a deeper plot, so I’m excited for that.

Also, I really liked Juliette’s character development, and there’s no denying that this girl learns things fast. She goes from a broken little bird to someone who can hold her own (-ish) pretty fast. I can’t wait to dive in to the next one.

I’m saying this again, because I feel like it will never be enough. Tahereh Mafi’s writing is gorgeous, and I have a feeling that as soon as her next book is out, I’ll be there to collect it.