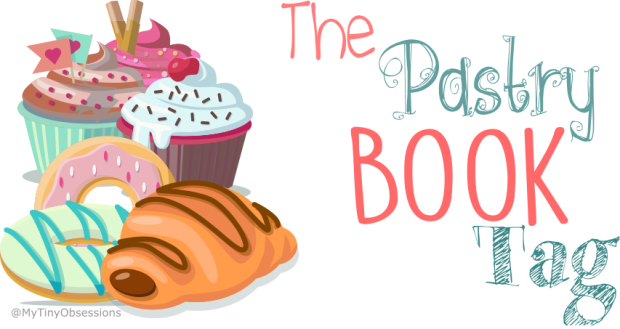 Hello, welcome back to another book tag. Raven @Dreamy Addictions tagged me for the Pastry Book Tag a while back – thank you Raven! So, let’s do this!

1. Croissant: Name a popular book or series that everyone (including you) love.

I will go with the most obvious answer in the history of books: The Harry Potter Series by J.K. Rowling. I know a few of you haven’t read this – and that’s totally fine – but I’m yet to see anyone that has read it and didn’t like it.

2. Macaron: Name a book that was hard to get through but worth it at the end.

The Phantom of the Opera by Gaston Leroux was a bit tricky to get through. It is a unique way of storytelling, and it was one of the first books I read in English – the book itself was first written in french. And to top it off, I read it while I was on vacation a few years back and my mind just wasn’t totally in it. I did love it though, so, totally worth it at the end.

3. Vol-au-vent: Name a book that you thought would be amazing but fell flat.

A Whole New World: A Twisted Tale by Liz Braswell. I had such high hopes for this book… but it fell more than flat, it actually opened a hole on the ground and buried itself. Not good…

4. Pain au chocolat: Name a book that you thought would be one thing but turned out to be something else.

Fangirl by Rainbow Rowell. Ok, to be honest, I had no idea what it was about before I started, I assumed (because I didn’t read the blurb) that it was about someone fangirling about something. It is about that, but not exactly, it’s so much more.

5. Profiterole: Name a book or series that doesn’t get enough attention.

The One Thing by Marci Lyn Curtis totally deserves every attention out there. Why isn’t everyone talking about it? This book is fantastic and I think that everyone should be planning to read it… now!

My default answer would be Game of Thrones, but I’m gonna go with the Throne of Glass series, by Sarah J. Maas. Each book gets more and more complicated, a lot of action, a lot of characters and a lot at stake…

7. Napoleon: Name a movie or TV show based off a book that you liked better than the book itself.

Hmmmm, not an easy one… I guess my answer will be New Moon by Stephenie Meyer. I wasn’t a big fan of the book – let’s face it, it’s a bit boring and all – but the movie is slightly better and the cinematography is actually pretty cool.

8. Empanada: Name a book that was bittersweet.

For this one I’m gonna go with More Happy Than Not by Adam Silvera, because it is more happy than not, but it still left me utterly heartbroken.

9. Kolompeh: Name a book or series that takes place somewhere other than your home country.

This one is easy… almost all books take place somewhere other than Portugal or Spain, so I’m going to go with The Infernal Devices trilogy, by Cassandra Clare, which takes place in Victorian London.

10. Pate a Choux: Name one food from a book or series that you would like to try.

Everything from Harry Potter, Throne of Glass and the The Wrath and the Dawn. The food is described so vividly that it’s impossible not to want to try every single thing they mention.

Ok… that’s it! I’ll tag EVERYONE that hasn’t done this one and would like to give it a go. 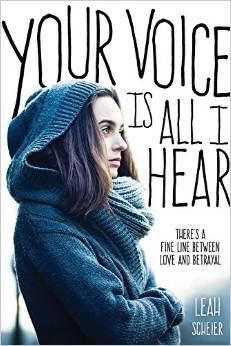 And now, I was going to pass down the white tiled hallway, knock on his doctor’s office door, slam his secret notebook on her desk and make her read it, make her understand what he was hiding, make her see what only I had seen.

He’s her boyfriend—her best friend. She’ll do anything to keep him safe. But as Jonah slips into a dark depression, trying to escape the traumatic past that haunts him, April is torn. To protect Jonah, she risks losing everything: family, friends, an opportunity to attend a prestigious music school. How much must she sacrifice? And will her voice be loud enough to drown out the dissenters—and the ones in his head?

This book destroyed me! I really don’t know how to start this review any other way…

To be clear, this book is about how April deals with Jonah’s disease, and how his schizophrenia progresses and the effects it has on both of them and their families.

The beginning of the book is so cute, April and Jonah meet, and they’re both so starved for a friend and human connection that they cling to each other. Yes, it’s a bit of a case of insta-love, but I get it here, because they both feel like they don’t have anyone else. So things progress slowly but surely, and they develop a romantic relationship that is so cute and involves a lot of time spent with their moms.

But then the first signs of trouble stat showing, and because April is the one narrating from the future, you know before hand that things are about to turn really bad. I loved the narration, by the way… April sounded exactly like a loyal 15/16 yo girl in love. Her frustrations, her sense of loyalty and her feeling that nobody can understand her are typical of a teenager, with a not so typical problem.

The book goes from cutesy with come clichés, to downright gut wrenching, as we see Jonah going deeper and deeper into his paranoia, and April trying to remain loyal to her boyfriend, even when she doesn’t quite know if it’s the right thing to do.

The signs are all there though, and when the inevitable happens, and even though I knew it was coming, I still gasped and cried ugly. And then that ending… all things considered, it ended well, but my heart was just so broken by then.

Kudos to Leah Scheier, for creating this amazing book with such a difficult subject without sugar coating or romanticizing it. I feel like I have a deeper understanding of the disease now.

I cried a lot during this book, it played with my emotions pretty early on, and it kept pulling my heart strings until the very end. It was impossible for me to feel nothing, so, even though the story is not perfect, I can’t help but put this one as one of the best reads I had this year, because it messed with me.