Hello! I saw this fun tag a while back and decided to do it. It’s the BFF Book Tag, and original tag created by Chantal @CK’s Reading Corner!

1. Setting the Example: A pair/group of book bff’s that you love?

Having just finished reading Winter a few days ago, my answer has to be the Rampion Crew from The Lunar Chronicles. Those guys are just all perfect, and their friendship is amazing.

2. Childhood Bestie: Which book character would you have like to grow up with?

I would have loved to grow up with Lucien from A Court of Thorns and Roses, because he’s funny, witty, snarky, and that way he probably wouldn’t have to suffer so much at the hands of his cruel family. Also, he’s amazing.

3. Frenemy: Which book character would bring out your competitive side?

I think Ana, from The Improbable Theory of Ana and Zak by Brian Katcher, would definitly bring on by competitive side… that girl liked to win!

4. Fashion Guru: Who would be the bestie whose closet you’d want to raid or would you want to go on a shopping spree with?

Now, I don’t really like to go shopping, but if I did, I would love to go with Magnus Bane, from the Shadowhunter Chronicles on a shopping spree, because how cool would that be?! He also has the best sense of fashion :P. I’m not sure I would be able to wear anything he would pick, but hey, we’re just pretending here, right?

5. The Bad Influence: Which character would you want to commit a small act of rebellion with? (go skinny dipping, sneak into a movie, have a drag race with, etc.) After much deliberation I settled on Baz from Carry On :D, if you read it, I think you can understand why, right? Also, he needs a little fun in his life ;).

6. Blood Brothers: Which character would you want to be your surrogate big brother/sister? (You can do both if you want) 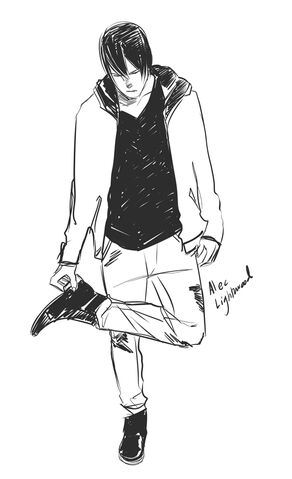 It would be a toss between Alec from The Mortal Instruments and Kenji from the Shatter Me trilogy.

Alec would be the brooding, worried big brother, while Kenji would be much more relaxed and fun. I would like to have both, please.

7. Mother Hen: Which character would you want to be by your side when you’re having a bad day to cheer you up? Ohhhh, Iko from The Lunar Chronicles would be perfect for the job. She’s so optimistic and funny and caring :D. I love Iko.

8. The Counselor: Which character would you go to for relationship advice (or) confide a secret to? 9. More than friends: Who would be your book bf/ gf (if you like both genders you can choose one of each, but only one choice per gender!)

I always say Jem or Rowan, today I’m gonna say someone different :). I’m gonna say Ryan from Whatever it Takes by L.E. Brook, because he’s just so dreamy…