Once again I’m bringing someone that most of you have never hear of, right? Well, you should! David Fonseca is an amazing portuguese singer and writer, not only does he has an amazing voice, but he has some truly amazing songs.

Love, love, ain’t this enough
Pushing around
You try to take comfort in words
But words
Well they cannot love
Don’t waste them like that
Cus they’ll bruise you more

Love, love, ain’t this enough
Pushing around
To find little comfort in words
But words
Well they cannot love
Don’t waste them like that
Cus they’ll bruise you more 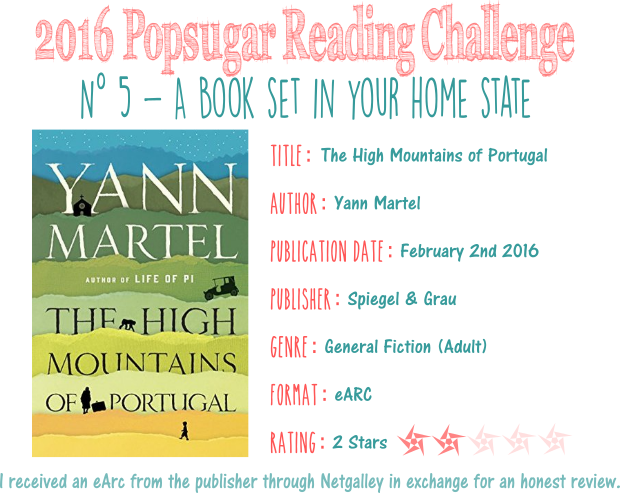 The author of the bestselling Life of Pi returns to the storytelling power and luminous wisdom of his master novel.
The High Mountains of Portugal is a story about love, loss, and faith that take us on a mesmerizing journey through the last century.
Told in three intersecting narratives—part quest, part ghost story, part contemporary realism—the novel begins in the early 1900s, when a young man named Tomás discovers in the archives of Lisbon an ancient journal describing an extraordinary artifact that he believes will challenge the church’s understanding of religion forever and sets out for the High Mountains of Portugal in search of it.
Thirty-five years later, a pathologist devoted to the murder mysteries of Agatha Christie is drawn into the consequences of Tomás’s quest as he finds himself at the center of a murder story.
And fifty years after that, Senator Peter Tovy of Ottawa, grieving the death of his beloved wife, rescues a chimpanzee from an Oklahoma research facility and takes it to live with him in his ancestral village in northern Portugal, where the strands of all three stories come together.
Filled with tenderness, humor, and endless surprise, Yann Martel’s new novel offers a haunting exploration of great love and great loss, asking questions about faith and the lack of faith that are at the heart of all his novels.

Hmmm, you know when you finish a book and all you can think is “WHAT THE F**K DID I JUST READ?!“. Yeah… so… this was like that for me. I’ll admit that I requested this book solely because it is set in Portugal, and being written by the author of Life of Pi and all – not that I read it, but it was this huge deal, right? – I thought, “why not?” and requested it. And even though I rated it low, I don’t regret reading it, even though I don’t see myself picking one of his books again… like EVER! Moving on…

First of all let me tell you that the writing of this book is absolutely gorgeous. No matter what other problems I had, even being overly descriptive, the writing style is beautiful and engaging.

As the blurb says, the story is divided in 3 parts, each set in a different time period and revolving around the High Mountains of Portugal. I’m going to speak of each story and my issues with each one, and then I’ll wrap it up.

The first part was by far the most difficult to get through. It’s about Tomás and his journey to find a relic from the 17th century, that is somewhat lost in a church in the High Mountains of Portugal, and so he starts a journey, on his uncle automobile, from Lisbon to there.

This story starts out funny and heart-breaking. Tomás is a funny guy, plagued by lost – having lost his lover, child and father within the space of a week – and so, to protest against God, he decides to walk backwards. Yep, you read that right!!! This was all fun and good, my main problem with this story was the incredible slow pace and the highly detailed descriptions. I DON’T NEED TO KNOW HOW AN AUTOMOBILE FROM THE 1900’S WORKS! And I mean everything is described. It’s exhausting. I also didn’t need to know all the streets between Alfama and Lapa in Lisbon… just saying…

Another huge problem I had with it was all the mentions to slavery and animal poaching in África. I’m aware that these things happened, but while the mentions of slavery were justified, the amount of animal skins, stuffed wild animals or ivory pieces were not. Maybe I’m too sensible to this – half my family living in Angola and all – but I hated this.

Here I started to have issues with the religious aspects of this book, but I’m aware that it’s a purely personal problem of having no interest in dealing or reading about religion.

The second story was more engaging and totally bonkers. It’s about this pathologist talking to his wife and then performing an autopsy. I was actually pulled to all the Agatha Christie and Jesus talk, and I thought it was mostly hilarious. But then it just got weird, and there’s about 2-3 pages describing an autopsy…. I mean, I have no problem with it, I know the drill, but do we really need that explanation? My guess is no. And the ending? What even?!

The third story is almost cute, but that is mostly due to Odo, the chimp. My main problem with this story was the length, because reading about Odo was kind of entertaining. I hated the ending though.

All these stories are somewhat intertwined, and all have similar elements, such as the loss of loved ones, dealing with pain, chimpanzees and portuguese rhinoceros, and obviously the High Mountains of Portugal. Oh, almost forgot, and people walking backwards! (although when you reach the end, you’ll find it super ironic).

Now, I’m sure I missed the whole purpose of this book, and if someone want to explain it to me, please do!!!! But to be honest, what even was that? The mixing of faith, religion, science and magical realism was too much. What’s the message? We should have faith? We put our faith into the wrong things? We should live more in the moment? We should appreciate love and life for what it is? Chimps are better than us? WHAT EVEN?????!!!!

Besides this, being from Portugal and all, I had A LOT of issues with this book:

So, I’m done. I think this is a book you either love or hate, there’s no middle ground here. If you like highly transcendent books, that mix religion, science and some highly magical-realism, maybe you’ll like this one. It just wasn’t my thing. 😦

I have to say though, that the anthropologist and scientist in me liked the role of the chimps in these stories…

Hey! Can you guys believe that January is gone already? I mean, seriously, could time just move a bit slower? Please? Moving on…

This month I managed to finish 16 books :D, I’m super happy because I’ve set the goal of 75 books for 2016, and I’m in the first month and already 10 books ahead of schedule. I would say that it’s going well, don’t you think?

I mostly accomplished my January TBR, the only books I didn’t manage to get to were Crystallum by Laney McMann – because I haven’t been in a very fantasy mood, and Did I Mention I Need You? by Estelle Maskame, because me and Kat decided to leave this one for February.

This Month I Read: 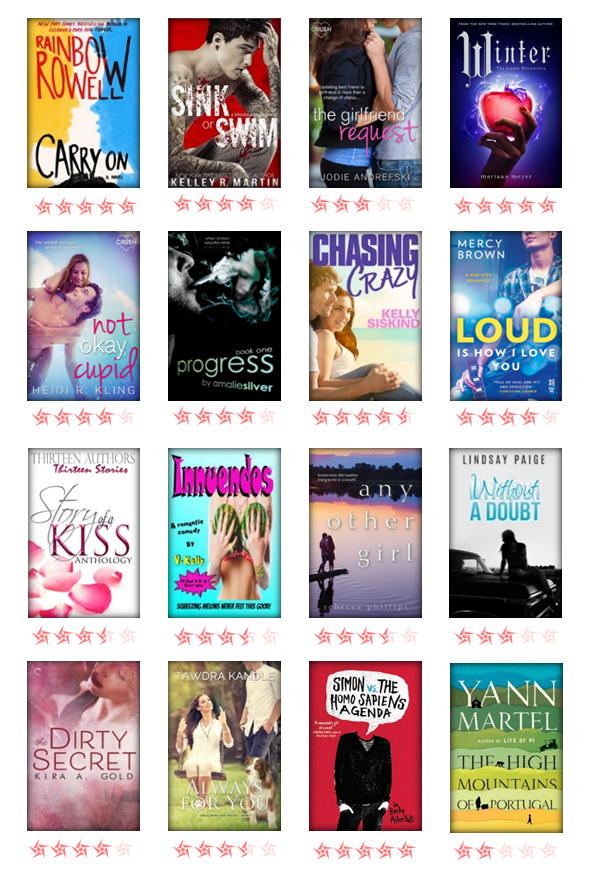 It was a good reading month :D. I hope February will be as good. Tomorrow I’ll post my TBR for this month ;).