Hey people. Welcome to my second discussion post of the year :D. This time I decided to talk about something that I’ve been meaning to talk about for a little while. As you might already know, I judge books by their covers – I know I shouldn’t – and I mostly buy books that have beautiful covers because I’m a sucker for them. So my problem is this: the covers of my beloved New Adult books have issues. That is, they’re mostly terrible!

There’s a certain tendency in this genre to either have a couple in the cover, with various degrees of involvement, or to simply show off a half naked men. Well, both these things can be done really great, and I’m not really opposed to a little eye-candy in my covers, but more often than not the effect is not that great.

As I said, not ALL NA covers suck. Some are pretty amazing, even with all the troupes in regards to romantic covers you can think of. For instance, the new Hub City series has absolutely gorgeous covers, that are completely different from those usually seen in this genre. Other series that has covers that I love, even though these ones are more typical of NA, is The Second Chances series.

Other series that I’ve read most of, and that has pretty typical New Adult covers, but is done well, is the Chasing the Dream series. I think that what I love most about these covers is the fact that in each of them I can actually see the couple in the book – that is, these covers FIT!

Another example of NA covers that don’t follow the “tendency” are the Colleen Hoover’s books. These covers are all gorgeous. Right?

When a book has a bad cover, people will judge it by it – come on, I’m sure I’m not the only one! When there’s a naked guy on the cover, or a somewhat “dirty” situation, you will probably assume that of the book as well, right? I’ll give you two covers of two of my favorites NA books, and these are pretty bad and laughable covers – albeit kind of HOT!

Now, I’ll tell you this, the cover for Down and Out has absolutely nothing to do with the book, except that the guy has tattoos, and that’s about it. Why is there a half naked man on the cover? No freaking idea!

And Wallbanger?! Oh my… that’s not even what happens! I swear I went into the book thinking that he liked to nail his conquests fully dressed in the entry hall or something… turns out it’s nothing like that AT ALL! (though walls are banged!)

I could fill this with really BAD covers, but I won’t! I’ll be nice! But did you look at those two and judged the books because of it?

Another huge problem with NA covers is the repetitive motifs, but worse than that is the repetitive use of the same stock images. Sometimes it is done smartly enough that you almost don’t notice that the image is exactly the same. But most often than not you notice, and unless you’ve read said book or it was highly recommended you, you might as well mix up those damn covers that look exactly alike. Want some examples? (here I’ll also use YA books) 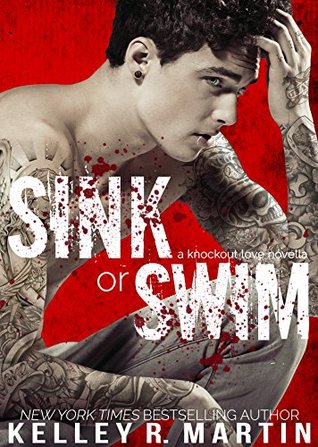 Some of the covers above are quite good and cute, but when they all start to blur and look the same, are they really doing their job to grab our attention? My guess is no…

I’ll be totally honest here, I would read most of these books above, some I have already, but very few I would like to own a physical cover of. New Adult covers need to stop following the same pattern. They need to be unique. I want to look at a cover and be able to identify it right away, like I can with the Colleen Hoover books, or the new Mercy Brown series. Those are good covers!

Again, I don’t mind a few naked men on the covers of my books, but do it when it makes sense. Do it tastefully. Sex sells, sure, but I guarantee you that some covers dissuade reader to buy the book instead if encouraging it.

So, what do you guys think? What do you like to see on NA covers? Does the incessant repetition of cover cloning bother you? Do you think twice before buying a book with a bad cover?

68 thoughts on “Let’s Talk About: NA Covers – The Good, the Bad and the Repetitive”