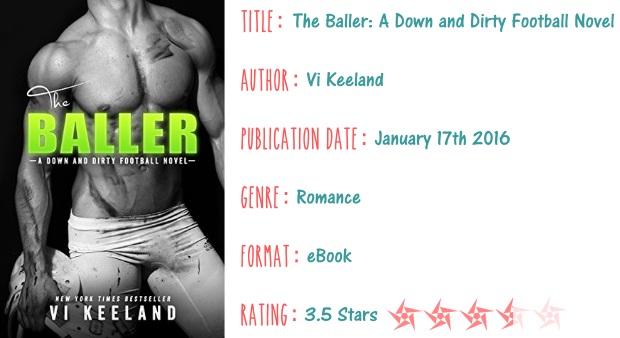 The first time I met Brody Easton was in the men’s locker room. It was my first interview as a professional sportscaster. The famed quarterback decided to bare all. And by all, I don’t mean he told me any of his secrets. No. The arrogant ass decided to drop his towel, just as I asked the first question. On camera. The Super Bowl MVP quickly adopted a new hobby – screwing with me. When I pushed back, he shifted from wanting to screw with me, to wanting to screw me.

But I don’t date players.

And it’s not because I’m one of the few women working in the world of professional football. I’d date an athlete. It’s the other kind of player I don’t date. You know the type. Good looking, strong, cocky, always looking to get laid.

Brody Easton was the ultimate player. Every woman wanted to be the one to change him. But the truth was, all he needed was a girl worth changing for. Turned out, I was that girl.

Simple right? Let’s face it. It never is.

There’s a story between once upon a time and happily ever after… And this one is ours.

I started this book with high hopes. Having just read The Deal a few days before, I thought that this novel would be somewhat similar… it wasn’t. I don’t mean that this book was bad, not by any means, it just didn’t blow me away, like, at all.

I liked the writing, it flowed really well, and it was mostly funny. The first third of the book went by quickly, and I absolutely loved to read how Delilah and Brody’s relationship evolved. However, I thought this was a book about how they fell in love and their relationship, but it turned out to be a bit more about how you can live and love again, even if you think that The One has come and gone.

My problem with this book was the middle. It dragged a lot and it was slow. I obviously understood the why and the story itself is beautiful, but not at all what I was expecting to read.

I never thought I would be saying this in a book review, but this book lacked drama, which was simultaneously a good and bad thing. For one hand, there’s always absolute honesty between the two main characters, and NO situation is misinterpreted. This also means that you can’t actually evaluate throughout the book exactly what they are feeling, and it gets a little boring at times. I also hated the addition of the third POV, even if I liked the character and understood the importance of that particular point of view, I still thought we could have done without it. Also, Brody’s POV was always very short and very oriented towards a single situation, we only get a glimpse of his feelings towards Delilah nearly at the end of the book.

I really liked the two main characters though, they were deep and developed, and I really liked how normal their relationship was, and steamy too. I loved the last third of the book ;).

Ultimately, I really enjoyed it, even though it turned out to be more of an OK read than a WOW one. I would definitly recommend it if you like adult romances with a deep backstory and heartbreaking issues.

12 thoughts on “The Baller: A Down and Dirty Football Novel (Vi Keeland)”