This week’s theme is “Father’s Day is celebrated in a couple of days in a few countries! Choose a book with a awesome father figure“. Today I’m choosing a book that has TWO awesome dads! And that book is Lola and The Boy Next Door by Stephanie Perkins. I really love Andy and Nathan and their dynamic with Lola, and how much they love their little girl – even when she messes up.

This is one of those series that I’m so glad it had a cover change, because the original cover? Terrible! 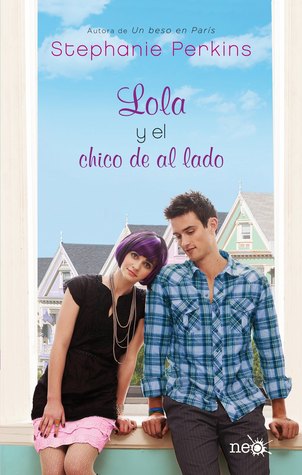 No cover for a portuguese edition, but there is a spanish version… unfortunately they used the original cover 😦 .

This is definitly my favorite cover of this book. When it was re-published in 2013 – in preparation for Isla‘s release – the covers were redesigned, and thank the lord it was.

Most of the covers for this book are pretty terrible, so besides the original one, the Czech, Bulgarian, German, Italian and French (in order) are my least favorites. Most of them simply because they don’t seem to represent Lola and Cricket AT ALL!!! At least they KNOW that book takes place in San Francisco… that’s something, right?