The much anticipated sequel to the breathtaking The Wrath and the Dawn, lauded by Publishers Weekly as “a potent page-turner of intrigue and romance.”

I am surrounded on all sides by a desert. A guest, in a prison of sand and sun. My family is here. And I do not know whom I can trust.

In a land on the brink of war, Shahrzad has been torn from the love of her husband Khalid, the Caliph of Khorasan. She once believed him a monster, but his secrets revealed a man tormented by guilt and a powerful curse — one that might keep them apart forever. Reunited with her family, who have taken refuge with enemies of Khalid, and Tariq, her childhood sweetheart, she should be happy. But Tariq now commands forces set on destroying Khalid’s empire. Shahrzad is almost a prisoner caught between loyalties to people she loves. But she refuses to be a pawn and devises a plan.

While her father, Jahandar, continues to play with magical forces he doesn’t yet understand, Shahrzad tries to uncover powers that may lie dormant within her. With the help of a tattered old carpet and a tempestuous but sage young man, Shahrzad will attempt to break the curse and reunite with her one true love.

Oh God! This book was as beautiful as the first one! Gorgeous writing again, I could read 100 books about Shazi and her adventures, with this amazing amazing writing. It’s fast and beautiful, and colorful and I could just see and feel everything that was being described. Awesome!

I loved all the characters on this sequel, I actually even liked some characters I hadn’t cared about in book 1 – cof, Tariq, cof – and the cast of characters had expanded quite a bit. While my favorite parts were still the ones about Shahrzad and Khalid, I really liked all the other POVs in this story.

The pace was fast and the plot flowed well and, again, super fast. I actually would have liked if the book was either bigger or divided in two, because I felt that some of the minor plot points and characters were a bit swept aside, and some things happened a bit too easily. Some things, such as the growth of Shazi’s powers, her training, the new characters and their motivations, could have been explored further.

I really liked that in the end the women saved the day and were all in charge of their own destinies and futures, and the men just sort of did what they told them to, eheh.

Awesome book, awesome journey, I’m so so sad that it’s over… I just overall wanted a bit more.

Welcome to another Top 5 Wednesday! This meme was created by gingerreadslainey and is hosted by Sam @ThoughtsOnTomes and you can check out the  Goodreads group here. This week’s theme is Favorite Literary Fathers/Father Figures. 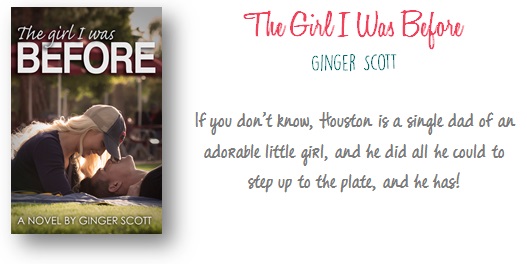