Kristen Katsaros wants a life full of adventure and laughter. After a difficult childhood, her motto is to live each day like it’s her last — because it just might be. So when Kristen’s parents send her on a post-grad singles cruise in the Caribbean to meet a Greek husband, she promptly hooks up with the hottest guy she’s ever met. Pasha’s decidedly not Greek, but Kristen gives him a pass because he’s got fun written all over his rock-hard abs.

Pavel Gribov, the cocky playboy of the Detroit Pilots hockey team, can score any girl he wants. But when a teammate drags him on a singles cruise, he can’t resist the chance to help out a drop-dead gorgeous damsel in distress by pretending to be her boyfriend. Before long, the fake fling turns intimate, fueled by something much deeper than lust.

Kristen and Pasha both agree to walk away once the cruise is over, but reality hits like a slap shot when Kristen finds out Pasha lied about everything. Just when she’s ready to start living again, the two stubborn survivors must decide if they can bear to lose the best thing that ever happened to either of them.

This book surprised the hell out of me! Never in a million years, I was expecting it to be so deep and emotional. WELL DONE!

I absolutely loved the themes behind this romance. Kristen lives  with a disease and knows that she won’t live as much as everyone else around her, she she closed herself off for love, because she feels like it wouldn’t be fair to her significant other, because she can’t do forever. I get you girl! But I’m so glad that she was able to realize that she deserved everything, because she was so awesome and I needed her to be 100% happy. Pasha also didn’t want to love, or be loved, but for a very different reason: he didn’t think he deserved it. It was such a sad story, and it was such an emotional ride to see these 2 people open up to each other, and help the other one realize how much they deserved to be happy. I seriously loved this.

I also loved them! Because they were just so direct and so no-nonsense and no bullshit… I love it. There’s a moment where Kristen is talking to her dad, and I swear to you, his answers? That’s me when I’m talking to my BFF!!! I’m also like “did he really lie to you? or did you just assume?”, eheh!

The romance was great! Even though it starts very much as insta-something, both make it clear that it will be a physical thing, and the connection develops from there. This is a book I forgive the instalove, because they do create a deep and real bond. They talk a lot, they understand each other in a very unique way, and they have amazing chemistry.

Also, this book is so hot, even though it doesn’t show one single explicit thing. Great work!

I had a few problems with the formatting of this book, though I’m not sure if it’s something that will be fixed in the finished version of the book, but even though the book is told in dual POV, there is no indication on which POV we’re reading at a certain point. The POVs change frequently, and without warning, and within the chapters. This is not a good way to go about it, and I do hope it’s fixed later on.

Apart from this, I really liked the writing and the pacing of this one. I liked the plot and the timing, and this one made me want to read the previous books in this series.

Give this one a chance, you won’t regret it.

I’ve always lived in the shadows of my athletic older brother and my charismatic twin sister. And that’s okay by me. I don’t mind being known as the shy wallflower. The gawky geek. The sweet, virginal girl. Well, that’s one label I’ve been trying to shed since starting my freshman year in college this year. The thing is, no one’s ever looked twice at me.

Until I met Van Gerard.

He notices me. He looks at me and seems to like what he sees. He understands and listens to me. He’s become a great friend. The problem is, I don’t want him as a friend.

But my brother – along with a state line between us, and oh yeah, Van’s long-time girlfriend – are just a few complications getting in the way of what I want.

I thought my senior year in college would be the best time of my life. I’m a starter on a Pac-12 basketball team, set to graduate with a degree in Finance. I have a girlfriend whom I’d planned to start a future with. I thought my life was already mapped out.

But then the bottom dropped out with a confession I never expected to hear, from the girl I thought I knew.

Luckily for me, Kylah Griffin was there to break my fall. She’s the best thing this year has given me. She’s helped me through a devastating blow that could have sent me reeling.

I know she wants more, but I’m not sure I can give it. Now that I’ve been burned, I don’t think I can go there again. Kylah’s not a hook-up, and she’s definitely not a rebound. She’s a sweet girl who deserves more than to be friend-zoned.

If only things weren’t so complicated.

Once again, I read this book as a buddy read with  Cátia @The Girl Who Read Too Much, well… I read it and finished it before she even got a chance to start it, but our goal was to read it together. Either way, go check out her blog in the next few days for her take on this one.

I have to admit that I was a bit scared before I started reading this one, because I somewhat afraid that Van would use Kylah, even if it wasn’t his intention. I’m glad it didn’t go anything like that! That was a nice surprise.

I found the writing good, witty, funny and oh so entertaining. This was my first book by Sierra Hill, so I’m so glad that I enjoyed the writing. The book is told in dual POV, and I found both voices very different.

While I did like both main characters, I didn’t LOVE them. Kylah was fun to read! The things that went through this girl’s head were hilarious. But I thought that her age came across very easily, and her inexperience and obsessive thoughts were sometimes too much. I wasn’t very impressed by the fact that her mind was on Van 24/7.

Van… well, he was a super nice guy, and I really liked that even though he was in a long distance relationship for 4 years, he never once even thought about cheating on his girlfriend, even when he was attracted to other girls, a.k.a., Kylah. But you know when something’s missing?! Yeah, that’s how I felt about these characters… they were great, but something was definitly missing.

I liked the romance, even though I thought it went too fast. True, they had become friends, and liked each other and all, but I’m not sure that the moment they got together was ideal. Still, I was happy that they both faced their shortcomings and talked things through.

I had a slight problem with a certain sex scene, and I wish it had been done differently. It seemed to me that Kylah was more often than not afraid to have real talks with Van, and it bothered me, because this was the guy she was in love with, you know?

Still, it was a sweet and fast paced new-adult romance book, and I do recommend it. It made me curious to read more from this author, including the rest of the books in this series. 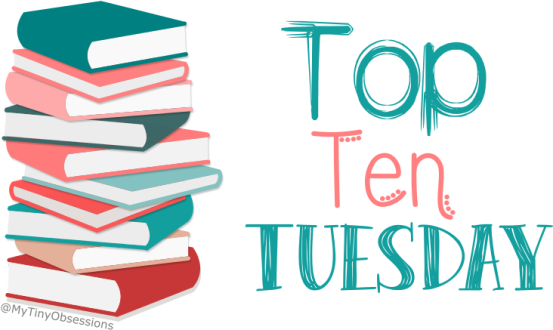 Ten Characters I’d Name A Child/Dog/Cat/Car/Etc. After — we did this topic back in 2011 and thought it might be fun to revisit it…feel free to spin it how you need!

I’m using 10 characters’ names that I totally love and would freely use on kids, pets or appliances.