The compelling, inspiring, and comically sublime story of a young man’s coming-of-age, set during the twilight of apartheid and the tumultuous days of freedom that followed

Trevor Noah is one of the comedy world’s brightest new voices, a light-footed but sharp-minded observer of the absurdities of politics, race, and identity, sharing jokes and insights drawn from the wealth of experience acquired in his relatively young life. As host of The Daily Show with Trevor Noah, he provides viewers in America and around the globe with their nightly dose of biting satire, but here Noah turns his focus inward, giving readers a deeply personal, heartfelt, and humorous look at the world that shaped him.

Noah was born a crime, the son of a white Swiss father and a black Xhosa mother, at a time when such a union was punishable by five years in prison. Living proof of his parents’ indiscretion, Trevor was kept mostly indoors for the first years of his life, bound by the extreme and often absurd measures his mother took to hide him from a government that could, at any moment, take him away. Finally liberated by the end of South Africa’s white rule, Trevor and his mother set forth on a grand adventure, living openly and freely and embracing the opportunities won by a centuries-long struggle.

A collection of eighteen personal essays, Born a Crime tells the story of a mischievous young boy who grows into a restless young man as he struggles to find himself in a world where he was never supposed to exist. Born a Crime is equally the story of that young man’s fearless, rebellious, and fervently religious mother — a woman determined to save her son from the cycle of poverty, violence, and abuse that ultimately threatens her own life.

Whether subsisting on caterpillars for dinner during hard times, being thrown from a moving car during an attempted kidnapping, or just trying to survive the life-and-death pitfalls of dating in high school, Noah illuminates his curious world with an incisive wit and an unflinching honesty. His stories weave together to form a moving and searingly funny portrait of a lovable delinquent making his way through a damaged world in a dangerous time, armed with only a keen sense of humor and a mother’s unconventional, unconditional love.

I first paid attention to Trevor Noah when he started being a correspondent on The Daily Show, and I loved him, so I was super happy when he got the gig and made it to the front desk on the show. So, when I saw a book on netgalley with his face, I just clicked “request”, eheh, without even knowing much of what it was about. Man… I’m glad I miraculously got approved for this one.

After starting the book – and reading the title a little better – I realized that the focus of this one would be about Trevor’s life in South Africa, mainly during his childhood and the consequences of the apartheid. In case you don’t know what apartheid was, it was a system of racial segregation in South Africa enforced through legislation from 1948 to 1994.

I don’t think most of us outside segregated countries can actually understand how a system like this would be, so while reading, and knowing beforehand about all of this – my mom DOES live in Africa – I was still shocked and saddened by the whole situation.

I think that Trevor was able to explain the system pretty well, especially how it was for him being a mixed child, because mixed children weren’t supposed to exist during apartheid… it was forbidden by law for white and black people to have intimate relations, and a mixed child was proof of exactly that, a crime!

It was really interesting to read about Trevor’s life and about his hurricane of a mother. Seriously people, his mom MADE him. It’s impressive, so impressive, and there is no doubt in my mind that the way she raised him and pushed him, brought him to where he is today.

At the same time, while telling a very serious story of segregation, poverty, etc, the book is also funny as hell. Trevor Noah writes the way he talks, so there’s humour everywhere, even in the most dire situations. And Trevor’s humour is awesome, even if inappropriate at times, eheh. I had a fit of laughter inside a plane, because of one particular even when he was about 5 years old… yeah… that was hilarious!

This was an excellent biography, I just had a couple of problems (small ones) about it. First of all, the book starts out strong, and then it gets confusing. This happens because it goes back and forth in time a couple of times, which happens a lot in memoirs, but here it took me a bit to get a grip on it, and it seemed like it could go through another round of editing, maybe?! Because it felt like it was all over the place for awhile… I don’t know… it felt a bit off in the beginning, but then the book gained speed and I loved it.

Another issue I had, and this has very little to do with the book itself, is the fact that it covers very little from Trevor Noah’s adult life. I wished that his transition from DJ to stand up was covered, or even mentioned, but it’s not. Several events occur when he’s already doing stand up all over the world, but there’s no “so, this is how it came to be” moment, and I missed that.

Overall, this was an excellent biography, with a huge focus on the South African society during and post-Apartheid. It also focus a lot on the issue of belonging, related to the effects of the segregation. I think this is such an important read! I honestly have to recommend it to everyone, whether or not you love Trevor Noah, you should read it. He talks about a reality that I think most people are not truly aware of, so read this, get informed, laugh a bit while doing it. Have fun while learning :D.

This week’s theme is “Sometimes we get great recommendations … Choose a book someone recommended to you that you loved“. I’m using Anna and the French Kiss by Stephanie Perkins, which was a book that I was “pressured” to read by Cátia and Kat :D.

I hate the original cover, to be honest… so bad! 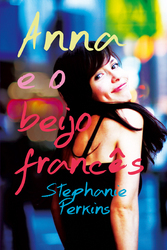 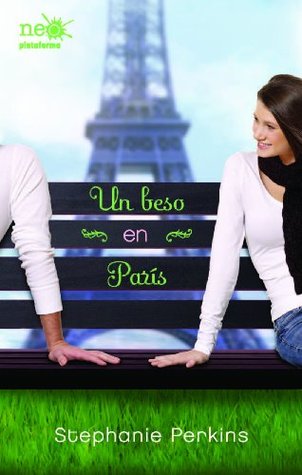 Oh boy… I really don’t like the portuguese cover… NO! And the spanish just used the original one, and I don’t like it either. 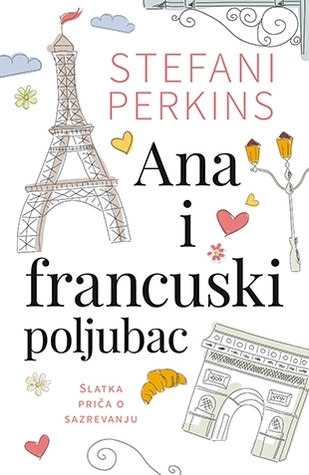 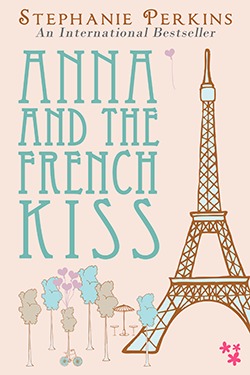 My favorite cover is the new US/UK editions… so pretty! Then I really like the Serbian and Indonesian covers, they’re just so cute.

For my least favorite ones, let’s start with the 2 German ones, because WTF? Then the Russian one doesn’t fit the book at all. The Italian cover is weird as hell because Anna is not a blond! And then there’s the Vietnamese… just no!