Kellan McVey is Burnham College’s most prolific athlete, partier, and ladies’ man—and that’s just how he likes it. Returning to reign for his third year, he wants nothing to change. Then Andrea Walsh shows up.

It wasn’t too long ago that Andi and Kellan were lifelong friends, mortal enemies, and, for one hot summer, more. Then Kellan left and Andi stayed behind.

Kellan thought he’d moved past that last summer’s heartbreak, but with Andi sitting next to him in class, befriending his friends, and battling for the same once-in-a-lifetime job opportunity, he’s starting to remember why he hated her…and why he loved her.

Kellan has a long list of reasons that falling for Andi again is a terrible idea, though every new moment together challenges that theory. But Andi’s all too familiar with Kellan’s love ’em and leave ’em approach — and she’s found someone else to get serious about.

Burnham’s campus king has never had to fight for a girl, but if he wants Andi to give him another chance, he’ll have to do the one thing he’s never had the nerve to do: admit it.

I read this book as a buddy read with Cátia @The Girl Who Read Too, so go to her blog in the next few days to read her take on this one. Well… in reality when she started it, I was already done with it, but hey, it counts.

So… you might remember that awhile back I read and reviewed Undecided, which I loved, and that is book one of this series. Contrary to what the cover made you think, the book didn’t have a love triangle at all, but Kellan – the MC for THIS book – was kind of in the way of Nora and Crosbie. I really liked Kellan and was super curious about him, which is the reasons for me requesting this book as soon as it became available on netgalley, and reading it as soon as I was approved.

I’m sadden to say that this book didn’t quite work for me.

The book is told through Kellan’s POV and only his POV, and while I usually love books only told through the guy’s POV, I felt like I really needed Andi’s view of things on this one. This comes from the fact that while Kellan was a pretty entertaining guy, he is not the best narrator. I couldn’t connect to him at all.

To put things into context, Kellan and Andi have known each other since they were 5, they were always close, until the summer where they were more than friends, and after that Kellan left for college and Andi never spoke to him again. Until Andi starts college, at Burnham, and Kellan can’t stay away from her.

I came to this book already being fond of Kellan, because even though he made some pretty big mistakes in Undecided and was an asshole sometimes, I kind of thought that there was more to him than that. After all, he was a great friend to Nora and Crosbie, and he was super funny. So, there is more to him than that, but it didn’t quite make up for all the assholiness…

I understood his fears, but like Nora, Kellan lived for what other people thought of him, but while Nora managed to rise above it in a way, Kellan wanted to but never truly did. I liked his mostly happy attitude, but I hated how he was painted as dumb – and this happened multiple times. I hated that he knew what he did wrong towards Andi, but never truly tried to do anything about it. And to be honest, I didn’t quite get how and why everything was handed to him…

Now, you might think “well… she must have at least liked Andi, right?“… yeah, NO. Again, I understood her, she had been in love with a guy she thought she didn’t stood a chance with for her whole live. She wanted to be free of that, she wanted to be herself, so she goes after another guy… and then she makes some stupid decisions. Here I think her POV would have solved a lot, because she was such an interesting character, but I felt like I never really truly “heard” her, you know?

I really really liked the core of the story, and that’s what kept me engaged. There is a lot of character growth, and facing your fears is a tough thing to do. I’m sorry that I didn’t exactly feel much chemistry between the main characters though…

However, there was some things in the plot that I could have done without, mainly the television contest. Ultimatly, it is not important at all and it contributed nothing to the story. Also, I felt like it was highly unbelievable. Why would a TV presenter contact Kellan directly to ask him to audition? I know Kell is a big shot, but he runs track, and I didn’t get it.

Also, unfortunately I found the pacing slightly off, and the book felt really slow to me.

Another positive thing about this book though was the friendships. I loved the love and support that Kellan’s friends showed him. Those were some awesome bonds, and I loved when they all got together.

So, to sum it up, I really liked the story, but couldn’t quite connect with the characters and the pacing felt off. But still, read it! But read book 1 first, otherwise you will be highly spoiled. 🙂 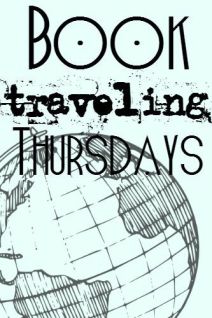 This week’s theme is “There’s still more love to share… Choose a book that deserves more love“. Guys, this one will be super short! I’m spotlighting Tone Deaf by Olivia Rivers, which I read last year and loved, and I wish more people would pick it up.

Original (and only!) COver: 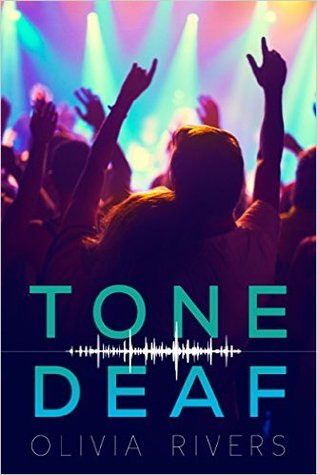 This is it. Honestly I really really love it, the image is great, it is related to the story (sort of) and I really like the font and placement.