This week’s theme is “Freebie week. Today you can choose whatever you want either it is a book you’ve been wanting to talk for a long time or one of the previous themes”. I’m going with Making Faces by Amy Harmon, because more people should give this amazing book a chance. 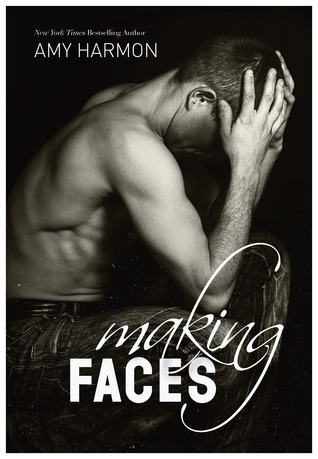 I’m not a big fan of the original cover, but hey, it’s also not terrible. 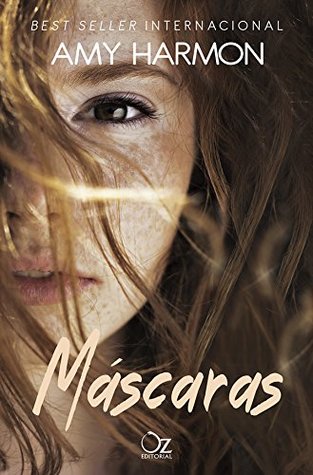 No cover for Portugal, but the book is out in Spain, and I do like the cover, because it definitly reminds me of Fern. 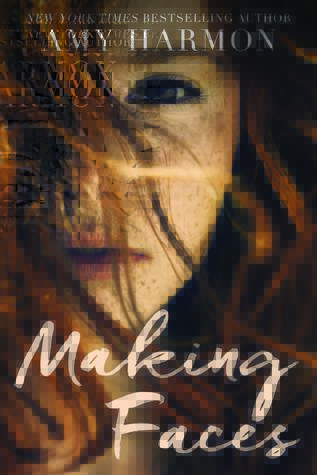 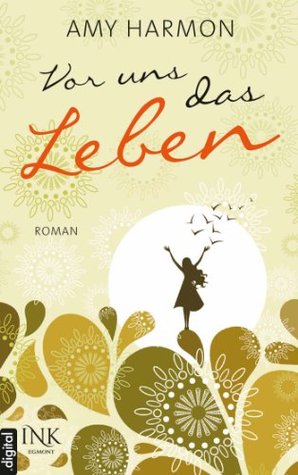 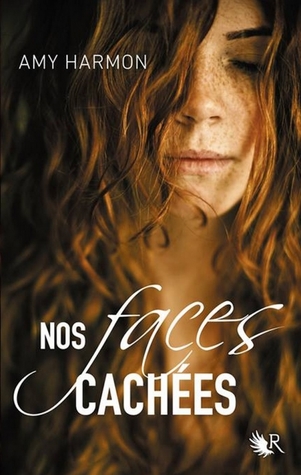 I love the new cover! I also like the German one, even though I think it has nothing to do with the book inside. Then, I also kind of love the French one, because it’s just so Fern. 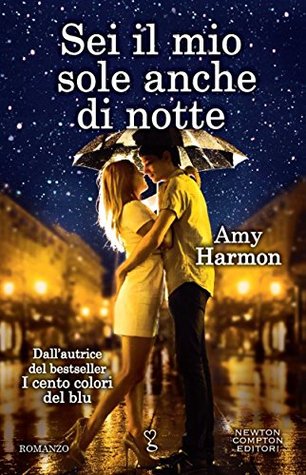 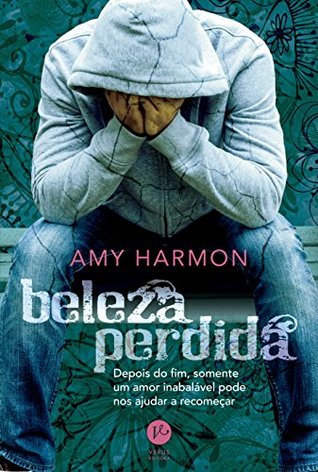 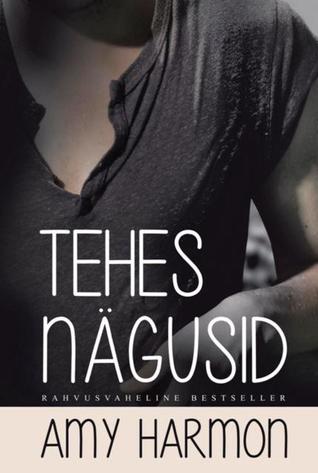 My least favorites are: Italian, Brazilian and Estonian covers. I have to say that I kind of like the Italian one, but it just has absolutely nothing to do with the story.

New York Times and USA Today bestselling author Rachel Van Dyken returns with a smoking-hot story about the satisfaction of plotting revenge on your ex — until he turns your world upside down again.

Austin Rogers’s dreams of domestic bliss involved watching Netflix and eating hot dogs with the love of her life. But then he cheated on her. And dumped her — as if the whole thing was her fault. To maintain her pride and restore her sanity, she decides to get revenge. It feels immensely satisfying to plot her ex’s downfall — but so does kissing him.

Thatch Holloway, a plastic surgeon straight out of residency, knows he ruined the best thing that ever happened to him. But not all cheaters are created equal. He got himself into this messed-up situation — true — but he has his reasons for what happened, and he’d do it all again to protect Austin.

Austin wants closure, but since Thatch refuses to give it to her, she takes matters into her own hands. She needs to write a human-interest piece for her MBA, so she demands the full plastic-surgery experience. Sparks fly as they’re forced to work together. But Thatch isn’t afraid to play dirty in return. And he’s still hiding something — something that has the power to destroy not only Austin but their second chance at finding forever…

I read this book as a buddy read with Cátia @The Girl Who Read Too, go to her blog today to read her review of this book. You can also see my review of the first book of this series, Cheater, here.

There’s one thing I have to say about this book, and it is that it’s hilarious. RVD has a way with the words, and manages to write the most amazingly fun books. This one was no exception, and hey, it takes a lot to make some of the behaviours in this book funny.

I honestly liked the characters, but I didn’t fall in love with either of them, and I think that’s what I missed in this book, that connection. I liked Thatch and Austin, I liked their vulnerability and their various sides, but I needed a bit more from them.

I felt like the romance was way too fast, which was something I thought in the first book already. And the whole revenge plot thing was not my favorite thing, and it made me think a little less of Lucas and Avery, the main characters from book 1. It still bothers me the way they talk about Lucas “cheating ways” and that both of them were so willing to embark on Austin’s crazy plans.

But while I thought the romance happened way too fast, there’s no denying that these character are great together and have great chemistry, and they has some funny and amazing to read moments.

Overall, this was a very entertaining book, and a super fast read. But I still couldn’t totally connect with the characters and I found the plot a little bit over the top. Either way, I love RVD’s writing, so I’m eagerly awaiting for her next book.

“You want to do this right now?” He was still whispering as he slowly extended his large perfect surgeon’s hands out to the spider, and suddenly, I realized how this would end.

The spider would bite him.

Thatch’s bite would get infected.

And he wouldn’t be able to do his job.

Or pay off his student loans.

Leaving him in debt.

Thatch was going to die.

“Wait!” I slowly lowered my body to the floor. Fear pounded in my ears as I held out my hands and Charlie lumbered onto my palms. It tickled. It would be nice if I weren’t so terrified of spiders.

Shaking, I walked over to the bucket and gently set him inside, this time, right side up so Thatch could transport him later. Just as I pulled my hands away, something sharp dug into my skin.

Thatch grabbed me just before I collapsed against the floor, hands shaking and pain searing through my right thumb.

Before I knew what was happening, Thatch was carrying me over to the couch. Soft pillows met my back as he grabbed my thumb and held it close to his face.

“Am I going to die?” I whimpered. “Because the Discovery Channel [PS1] said tarantula bites feel like bee stings—they’re liars from the pit of hell!”

Thatch narrowed his eyes at the puffy red mark and then slowly dropped my hand to my side. “You’ll live.”

“Well, that’s encouraging. Don’t I at least get a sticker? A sucker? For saving your life?”

“You?” He chuckled and joined me on the couch. “Saved my life by getting bit by a tarantula?”

“Keep up!” Talking was at least distracting me from the throbbing pain. At least it had dulled a bit, though the fact that I had spider venom in my hand made me cringe. “If it bit you, you wouldn’t be able to do your job.”

He seemed thoughtful. “You mean I’d finally get a vacation where I’m allowed to sleep for longer than three hours?”

“Well, when you put it that way,” I grumbled, and tried to cross my arm, then hissed as pain exploded down my hand.

He grabbed it again. “At least the venom is weak, it’s really just the puncture wound from the spider’s fangs that causes the swelling.”

“Well, that’s disappointing on so many levels. I save your life and I don’t even get to turn into Spider-Man.”

Sitting with him on the couch.

My legs on his lap.

My eyes focused on his mouth.

I quickly looked away but not fast enough—he caught me staring where I shouldn’t have been staring, and I felt like a complete loser for still lusting after him the way I was.

What was it about Thatch?

He was brilliant. Hardworking. Gorgeous. And he fought spiders on behalf of a girl he’d dumped.

“This leads nowhere,” he said in a hollow voice. “You understand that, right?”

It was like he’d just handed me the world’s happiest balloon and then popped it with a giant needle.

I was utterly defeated and deflated.

Even though I knew going into this there was no hope of us getting back together, I’d officially turned into that sad, pathetic clinger.

I’d always made fun of “those girls.”

And now “that girl” stared back at me in my own stupid mirror.

I let out a long sigh and nodded slowly. “This is strictly business, Thatch. You know how important this class is to me, how important getting my MBA is to me.”

He looked away, his jaw clenched. “Parents still MIA for the most part?”

“And the reelection, I imagine your dad wants you to join his mayoral campaign again?”

A sick feeling grew in the pit of my stomach.

To my parents, I was a trophy. Something shiny and pretty they could trot out to gain votes from families who appreciated their having taken time out of their busy lives to sire a child.

Granted, I knew my parents loved me.

They just loved me in their own way—the only way they knew how.

“I have to graduate,” I stressed again. “The job market’s fierce out there, and an MBA will help with that. The sooner I graduate, the sooner I can start my own life away from all of this.” I lifted my hands into the air.

This just happened to be a mansion.

And a bowling alley.

I think I’d prefer anything but this. If I could choose to live in a dump with my parents and we’d be a family or I could have a mansion and scarcely see them.

I’d choose the dump every time.

I blushed. I couldn’t help it.

“You can’t do that anymore,” he whispered, his blue eyes piercing. “You can’t blush when I say things like that.”

He muttered a curse and walked away. I could have sworn he adjusted himself near the door, but I was too busy hiding behind the couch to fully commit to ogling him.

“Where’s your bike?” he called over his shoulder before turning around.

“In the garage. It’s kind of dark now, though, let’s ride tomorrow after work.” I totally said it without stuttering or blushing.

“Don’t forget the spider.” I pointed at the bucket. “And don’t let it loose in nature. We can’t have that bastard procreating with another, smaller spider and creating zombie spider babies that take over the world.”

He just stared at me like I’d lost my mind.

And then shook his head as a smile played across his face. “You’re entertaining, I’ll give you that.”

“I’ll take that as a compliment, thank you.”

We froze, both of us smiling at each other.

“Sleep,” I whispered. “You’ve got a busy day tomorrow.”

“Yup.” He gripped the bucket in one hand; the muscles in his forearm flexed. “Take some ibuprofen and ice the spider bite. If you feel any muscle weakness or tightness in your chest, let me know and I’ll prescribe you something.”

He rolled his eyes and waved with his free hand. “See you tomorrow morning at eight, Austin.” He hesitated in the doorway. “Be sure to wear something work-appropriate.”

“Oh, so you want me to wear a bike uniform?”

He flipped me off and quietly shut the door against my laughter.

Rachel Van Dyken is the New York Times, Wall Street Journal, and USA Today Bestselling author of regency and contemporary romances. When she’s not writing you can find her drinking coffee at Starbucks and plotting her next book while watching The Bachelor.

She keeps her home in Idaho with her Husband, adorable son, and two snoring boxers! She loves to hear from readers!