Original and only COver: 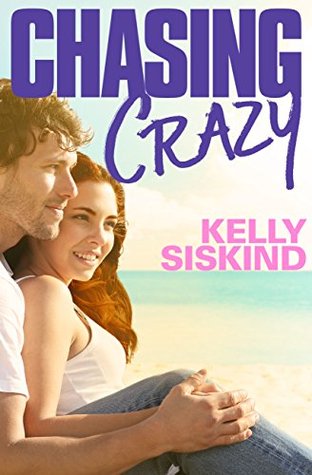 This is not Kelly’s best cover, but it was the first book I’ve read by her, and it’s such a great NA romance that I wish more people would pick up.

Racer McKay is a broody bastard.

From the moment I met him, he’s been rude, irritable, and unbearable. And worse? He’s broke.

A contractor working to remodel my parents pool house for extra cash, he stomps around in those clunky construction boots with his tool belt wrapped around his narrow waist, and a chip on his shoulder.

Racer McKay is also infuriatingly . . . sexy as hell. I want to take that pencil tucked behind his ear, and draw lazy lines slowly up and down his body all the while wanting to strangle him at the same time.

We try to stay out of each other’s way . . . that is until I have no other option but to ask for his help.

But what I don’t realize is he needs me just as much as I need him. I have money he’s desperate for, and he holds the key to making my dreams come true.

Our pranks turn from sarcastic banter, to sexual tension and lust-filled glances. Bickering matches quickly morph into slow burn moments. We’re hot, we’re cold. We push and pull. I need him, I don’t want him. We’re on the verge of combusting with an agreement dangling dangerously between us. Neither one of us can afford to lose one another and yet, we’re finding it quite hard to decipher the line that rests between love and hate.

I read this book as a buddy read with Cátia @The Girl Who Read Too, go HERE to read her review of this book.

I’ve been curious for Racer’s story since he first appeared in Tucker’s book. And I’m so glad Meghan Quinn gave him his own story, because he deserved it, and this book was hilarious.

Hate to love stories are within my favorites, and this was no exception. Racer and Georgiana hated each other for a good portion of this book, but the sparks were flying every each way, and it was so so clear that they were perfect for each other despite all of it. They just fit!

Racer was a great character, full of layers. I loved him. I loved how he would do anything to preserve a memory of someone who meant the world to him. I loved how he fought for his friends and the people he loved. He was amazing. And Georgie had so much more to her than first met the eye. I really liked how she stood up for herself and fought for her dreams, even though her father and mother didn’t support her decisions (or any independent thinking…).

The romance was all kinds of hot and amazing too. It started as hate, then it evolved to a mutual respect, and then it went to something more. Way more. I really liked how it developed, and even though the conflict was predictable, I still enjoyed how the plot developed and the conflict between our two main characters.

And the side characters!!! Bahhhh! I want books about them all 😀 , I hope Small’s book is next, because I want it NOW!

Overall, another hilarious, romantic, wonderfully written book by the amazing Meghan Quinn. So, what are you waiting for? Go read it!

Born in New York and raised in Southern California, Meghan has grown into a sassy, peanut butter eating, blonde haired swearing, animal hoarding lady. She is known to bust out and dance if “It’s Raining Men” starts beating through the air and heaven forbid you get a margarita in her, protect your legs because they may be humped.

Once she started commuting for an hour and twenty minutes every day to work for three years, she began to have conversations play in her head, real life, deep male voices and dainty lady coos kind of conversations. Perturbed and confused, she decided to either see a therapist about the hot and steamy voices running through her head or start writing them down. She decided to go with the cheaper option and started writing… enter her first novel, Caught Looking.

Now you can find the spicy, most definitely on the border of lunacy, kind of crazy lady residing in Colorado with the love of her life and her five, furry four legged children, hiking a trail or hiding behind shelves at grocery stores, wondering what kind of lube the nervous stranger will bring home to his wife. Oh and she loves a good boob squeeze!

Co-Wrecker I My Best Friend’s Ex