I’ve mention a couple times how much I love Galavant, right? Well, the second season just finished and let me tell you this: it was EPIC!

I thought the season had a couple of episodes in the middle that were a bit of a miss, but the last 2 episodes more than compensated for that.

I loved watching Richard grow to be the King he was supposed to be, and finding love in the process – yes, he’s my favorite character! And OMG, he HAS A DRAGON!!!! lol.

I loved that Isabella and Galavant got their happy ending, though I didn’t find their story as good as in season 1. I adored Garrett and Madalena together. SO GOOD!!!! And the Jester got a bigger part this year and I loved it. And Sid saved the day. And everyone got their HEA, while poking fun at everything in real life.

Galavant is a gem in the TV world, and I do wish they get a 3rd season, though I don’t think it will happen =/

THIS JUST MADE MY DAY!!! I hope you know what I’m talking about here, because Galavant is, in my humble opinion, the best freaking thing that happened in television in the last few years. I can’t control my excitement right now…

The show will be back for a second season and it starts on January 3rd, and it will run for 5 weeks. OMG, it’s so great to see the gang back! Check out the promo below.

And, if you haven’t checked out season 1 yet, do yourself a favour and go watch it! Now! It’s very short and it’s very worth it.

ABC has 3 shows that I’ll take a look at, though I have to admit that I’m not overly sold by any of them. 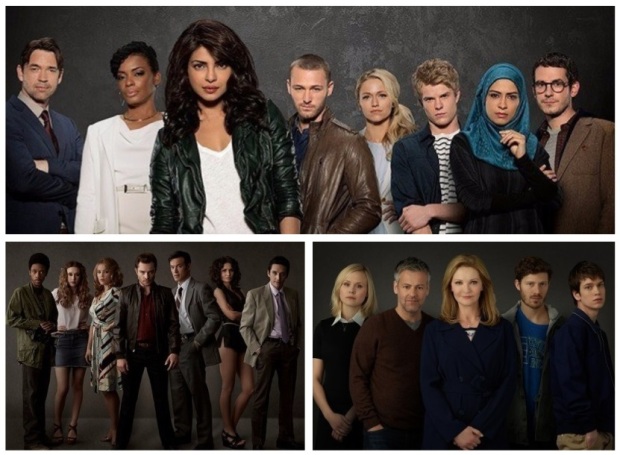 Does sound new, but it looks good and has the potential to be an amazing series, so I’ll have a look. It starts midseason.

The thriller follows the return of a politician’s young son who was presumed dead after disappearing over a decade earlier. As the mysterious young man is welcomed back into his family suspicions emerge — is he really who he says he is? Starring Joan Allen, Zach Gilford, Andrew McCarthy, Alison Pill, Liam James, Rarmian Newton, Rupert Graves, Madeline Arthur, Margot Bingham and Floriana Lima.

As soon as I watched the trailer I was intrigued by the premise, I hope it is as good as it looks.

A diverse group of recruits have arrived at the FBI Quantico Base for training. They are the best, the brightest and the most vetted, so it seems impossible that one of them is suspected of masterminding the biggest attack on New York City since 9/11. With Aunjanue Ellis, Dougray Scott, Jake McLaughlin, Tate Ellington, Priyanka Chopra, Al Massri, Johanna Braddy and Graham Rogers.

Oh ABC, I’m really happy with you today, though it took it took you long enough! The network has announced yesterday the renewal of 22 shows, including some that made me real happy, such as Castle that will be back for its 8th season (with Stana Katic’s return still up in the air); Marvel’s Agents of S.H.I.E.L.D., which will be back for a 3rd season; Marvel’s Agent Carter was granted a 2nd season (and it’s probably the one I’m most happy about!) and Galavant, that amazing comedy, will be back for a second year!

Not everything was good news though, ABC has decided to pull the plug on Forever, not renewing it for a second season, and Resurrection.

So, let me get this straight, ABC had  this jewel hidden in their arsenal, and they started the year thinking: Manhattan Love Story will do better… really?! Have you seen Galavant yet?! No?! What are you waiting for?! 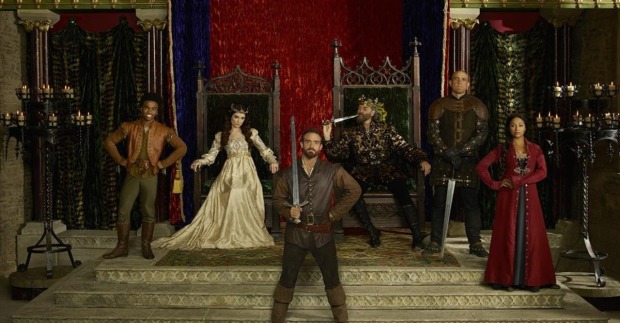 This is hilarious I had no clue as for the premise of this show, well, I knew it was comedy, but I did not know the rest, and man, was I positively surprised! So much so that I watched all six episodes on a row… and damn it, now I have to wait a week for the last 2. This is the show I never knew I needed and now I’m desperately hoping that they renew it, because I don’t know how I’ll go on without it ;-).

Apart from the great main cast (Joshua Sasse, Timothy Omundson, Vinnie Jones, Mallory Jansen, Karen David, Luke Youngblood), be aware for all the amazing guest stars that show up every now and then.

Castle… this was an episode 7 years in the making. I seriously doubt that I’ll spoil anything for any of you, so here it is: Castle and Beckett got married and it was PERFECT!!!

After all the drama following Rick’s disappearance on the end of last season, he finally decided that they just had to pass over it and get married, right now – this happened after he got a glimpse at what his life would be without her in it. So the man proposes (again) and her face says it all: it is a woman who just can’t wait to get married with her guy – and who could blame her?!

They take the plunge, in the Hamptons, and just with their families present – which means no Espo and Ryan and something tells me that they’ll not very happy about that. Kate finally got it right with the dress… after the first hideous one that was destroyed (thanks to some divine force of intervention!) and a second really lovely one, which she was wearing when she got stood up and thought her boyfriend was dead … But the third was the charm: a lovely pants and blouse combo, so very Beckett, amazing!

Forever has managed to stay alive and got a full season pick-up by ABC! I’m still mad at ABC for Selfie, mas this lessens the blow slightly. 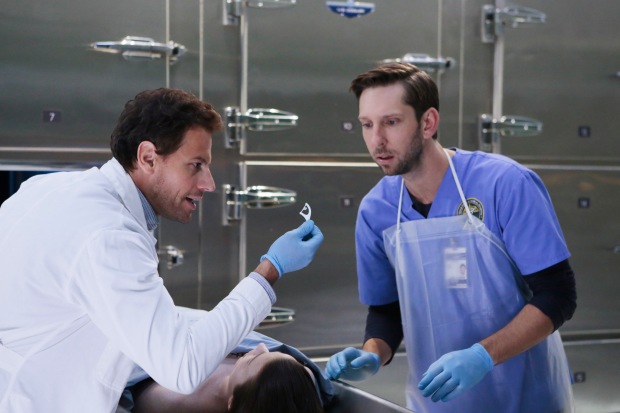 ABC has decided not to order more episodes of the freshman comedy, which basically means that Selfie is as good as dead!

I’m bummed about this, 6 episodes in and I was really enjoying it, the show was getting better with each episode, and I really wished we could see more of those carathers… oh well… 😦

The season of cancellations (of new tv shows) has begun! Manhattan Love Story (ABC) was the first show to fall – which is not that hard to believe. Soon after NBC has cancelled Bad Judge and A to Z, also not surprising, though I am sorry about A to Z, I was really enjoying it.