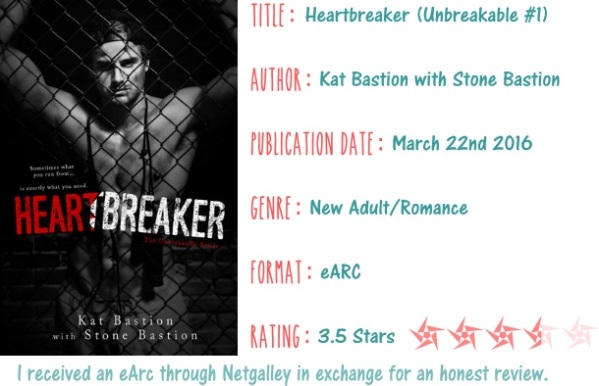 Only instead of Darren Cole becoming her one-night stand, he taunts her with a challenge. Then while she’s trying to best him at his own game, he turns out to be the last thing she’s prepared for: someone she wants to keep.

Which means all he can ever be…is a friend.

Darren Cole never allows a girl to get close—not close enough to matter.

Then storms in Kiki Michaelson, a beautiful, fearless temptation that rocks his world off-balance. But he fights their attraction, unwilling to gamble something physical with their close ties. Until the passionate sculptor exposes her heart and breaks his wide open.

In that moment it becomes clear: she could never be just a friend.

Sometimes what you run from…is exactly what you need.

Sometimes that are some books where the cover and the title have nothing to do with the plot or the characters. This is one of those books. But it was good! Better than I was expecting.

This book is told in dual POV and the writing is great, it actually paints images and art and music in your head while reading it, and that is always a great thing, when books can pull you like that.

The characters were fun and had such a depth to them… Darren and Kiki made sense, and I was happy that they actually became good friends before anything happened between them. Neither was prepared (or thought they wanted) for a relationship, but it was great to see the walls fall and them allowing the feelings to show. Each of them holds a secret at the beginning of the book, and they explain a lot of their hesitations towards feeling anything real.

I really liked the side characters. Logan was a riot, and Kiki’s “family” was amazing. It made me want to read more about this gang.

All in all, it was a good slow burning romance, with a lot of sexual tension. I didn’t exactly have any problem with the book, it just didn’t completely blew me away, though it was a nice, fun and emotional read. I would easily recommend it.