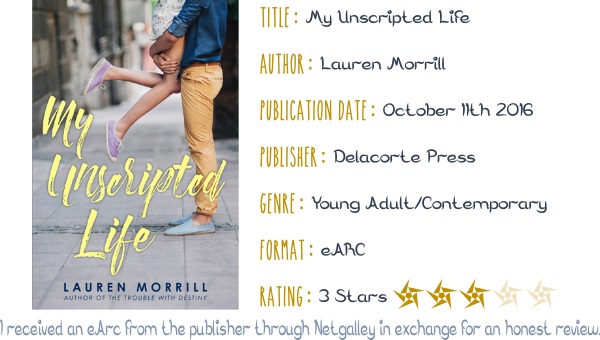 Another sultry Georgia summer is about to get a lot hotter. Dee Wilkie is still licking her wounds after getting rejected by the pre-college fine arts program of her dreams. But if she’d gone away, she wouldn’t have been around to say yes to an unbelievable opportunity: working on the set of a movie filming in her small Southern town that just happens to be starring Milo Ritter, the famous pop star Dee (along with the rest of the world) has had a crush since eighth grade.

It’s not like Dee will be sharing any screen time with Milo — she’s just a lowly PA. And Milo is so disappointingly rude that Dee is eager to stay far away from him. Except after a few chance meetings, she begins to wonder if just maybe there’s a reason for his offensive attitude, and if there’s more to Milo than his good looks and above-it-all Hollywood pedigree. Can a relationship with a guy like Milo ever work out for a girl like Dee? Never say never. . .

Guys, I’ve had this book on my Netgalley TBR for ages, but for some reason, I decided to finally start it a few days ago, and it was an easy and enjoyable read. If you have been following me for awhile, you know that a 3 stars rating is not that great for me, but I actually did enjoy this book, it’s just that I thought it had some major issues, especially in terms of plot and characters.

I really liked the writing, it was fun and light, and I loved that the story was told in the first person, and present tense. Dee’s voice was great, and it takes some pretty amazing writing to make nutty behaviour look endearing, and I think the author achieved just that.

Now, you might have noticed that I kind of said that Dee was a bit nutty, and while I loved her, I do think she was. I really liked that she had this artistic but slightly undefined side, because most times in books, teens have such a clear picture of what they want, that it was refreshing to see someone who was a bit clueless. But on the matters of the heart though, I’m not sure about her whole relationship with Milo, or how she kind of annulled herself in his presence.

I read the whole book, and while Milo seemed like a great dude at some points, I ended it and I don’t feel like I got to know him. Don’t get me wrong, there were some cute moments between Milo and Dee, but they were few and far between, and they had very little substance. They go on ONE date, and suddenly Dee is calling him her boyfriend, and everything just came after was a bit weird and needed a lot more context.

I felt like I was missing a huge chunk of the story you know? The part, after the first kiss, where they actually get to know each other and fall in love. Because this went from 0 to drama and to 1000 in one second, and I needed more. More context, more story, more plot and more character within our characters. I also felt like some points could have been explored a little more, like Dee’s relationship with her BFF, or her love for historic buildings, and how she and Milo had some things in common.

So, this ended up being a fun and fast read, but with major plot holes and lacking some serious context. I had fun, but with the amazing way it was written, this could have easily been a 4/5 stars book, but it was missing way too much.

I did awesome with my TBR from last month. From the 15 books I’d said I’d read, I read 12 of them (and then I read 8 more). So I’m pointing for 14 books this month that I really need to read, mostly because they’re ARCs. Also… WOW! Half of my TBR is YA…

These last months haven’t been the best for reading, but I’m finally home, which means I have some more time to do my reading, so I’m going to point for 15 books this month, mostly ARCs, because I need to get to them soon – and I mean SOON! 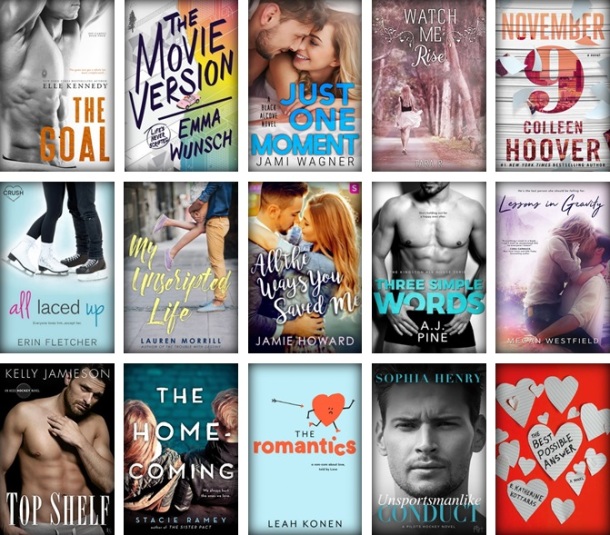