Hello again and welcome for another edition of Top Ten Tuesday! This week’s theme is Auto-Buy Authors… I don’t even think I have 10 of those, but let’s see. Top Ten Tuesday is a weekly meme created by The Broke and the Bookish.

I don’t own ALL of her books (cof cof, I’m only missing Casual Vacancy because I haven’t found the cover I like), but even if I haven’t read her adult books yet, it’s a no-brainer for me: she’s the Queen, and I’ll buy everything she writes! 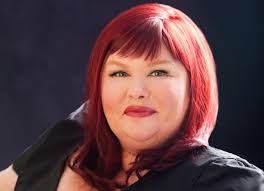 My second Queen… I own all her physical books, all of them! I still haven’t gotten around to actually read The Iron Trial, but if I see a book my Cassie, I’m going to buy it, regardless of the blurb – which I don’t read most times anyway… 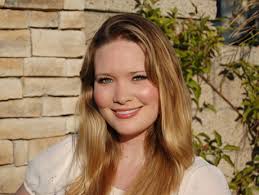 I’ve become such a use fan of this lady lately, that if I see a book by her, it’s coming home with me. 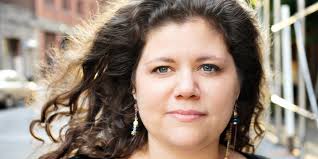 If she writes it and publishes it, I’m buying it! I just love her writing style, I obviously love her stories, but I think that the way she writes is just magical. 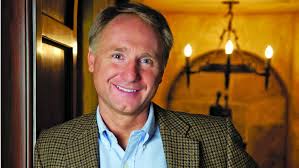 I’ve said last week that I’m his fan, which means that I have to own all of his books, which I do.

She’s not publishing any more books, that’s for sure, but I do own most of them already. I think I’m missing just 2, but I’m waiting to find just the perfect covers to get them. No rush though, they’re classics.

She might just have written 1 book so far (Simon Vs The Homo Sapiens Agenda), but I’m a fan. She has a fun writing style and she’s so nice and approachable on Twitter, that I know that when she publishes her next one, I’ll be buying it.

I loved her writing in An Ember in the Ashes, so is safe to say that I’ll be picking up all the books she puts out.

And that’s it, July ended and we’re already in August… how the hell did that happen?!

Back at the beginning of this month I has set up reading 6 books this month, as you can see on my July TBR. I have failed! I had meant to read:

2. An Ember in the Ashes (Sabaa Tahir)

I ended up not reading Heir of Fire or The Strange and Beautiful Sorrows of Ava Lavender due to lack of time.

But I did read:

2. An Ember in the Ashes (Sabaa Tahir) 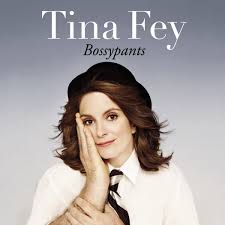 All in all it was a bad month in terms of time to read, but the books themselves were amazing, I only wished I had had the time to get to Heir of Fire, but worry not, I’ll be done with it by this time next week. I’ll be posting my August TBR later today.

I was tagged by Tasha @ HEAD IN THE CLOUDS, HEART IN THE BOOKS to do this book tag, The Bedtime Book Tag. This was originally created by Kellys BookSpill and you can find the original video here.

The Mortal Instruments: City of Fallen Angels and City of Lost Souls kept me up until like 4 a.m. each, considering that I had work in the morning. I’m much more controlled now, and I hardly do that anymore, knowing that I will be pretty tired the next day, I mostly force myself to stop reading… Sometimes is quite tough, and I have to shove the book inside my backpack, otherwise I’m tempted to pick it up again.

(see the gorgeous new covers?! I’m so in love with them)

I don’t read horror books, but sometimes a book has me scared to go to sleep because I need to know that the character is all right… and then I toss and turn because I want to know what happens next…

The Iliad by Homer. I still haven’t finished it. The problem is not in the book, I assure you, I love mythology and all that. But I have a pocket version of the book, in Portuguese, with teeny tiny letters, and I was reading it in my commute to work, on the train, when said commute was about 1h, so I naturally just fell asleep every time I opened the book. I do intent to read it though… someday.

So many, but mainly The Infernal Devices trilogy… JEM CARSTAIRS!!! 😀

The Hunger Games, no doubt. It’s just such a cruel world and a horrible way to grow up (or die). And I’m not even within the reaping age anymore…

Aristotle and Dante Discover the Secrets of the Universe. Look at that cover! How could you not think of night time?

I can’t remember any! I will say it again, I hardly start a series when it comes out, so usually if there’s a cliffhanger, I just pick up the next book on the series 😉

I don’t remember its name, but there was a kind of monster in ACOTAR which Feyre could not see, but could sense, you know what I mean? I felt that it was something similar to a Dementor, which by the way, I would so not want to find under my bed. I think that the monsters who mess with your head are the worst kind.

That was fun 😀 !!! I will tag *YOU* (because my brain is not functioning enough to tag specific people, and because everyone should do this one, ’cause it’s great!). A huge thanks to Tasha again for tagging me for this one 😉 .

Laia is a slave.

Elias is a soldier.

Under the Martial Empire, defiance is met with death. Those who do not vow their blood and bodies to the Emperor risk the execution of their loved ones and the destruction of all they hold dear.

It is in this brutal world, inspired by ancient Rome, that Laia lives with her grandparents and older brother. The family ekes out an existence in the Empire’s impoverished backstreets. They do not challenge the Empire. They’ve seen what happens to those who do.

But when Laia’s brother is arrested for treason, Laia is forced to make a decision. In exchange for help from rebels who promise to rescue her brother, she will risk her life to spy for them from within the Empire’s greatest military academy.

There, Laia meets Elias, the school’s finest soldier—and secretly, its most unwilling. Elias wants only to be free of the tyranny he’s being trained to enforce. He and Laia will soon realize that their destinies are intertwined—and that their choices will change the fate of the Empire itself.

I adored this book! I found the world building exceptional and a bit terrifying, but it was complex and well-constructed, and the setting is amazing.

It took me a little time to get really into the book – not the book’s fault though – it just coincided with me being at a new place, less time to read in my commute to work, the raging heat and the fact that I own the hardcover and it is heavy as hell. Still, the pacing is great, especially when Laia and Elias’s lives become entangled.

Speaking of Laia and Elias, they are both strong characters and I really liked the dual perspective of the book, given that their time together is not that much, it is important to have both sides of the story. But if I had to pick one over the other, it would have been Elias, I LOVE Elias, and his chapters had so much feeling to it. Laia kind of annoyed me at first, with her feeling guilty and wanting to save her brother at all costs – honey, your brother told you to run, if you had stayed he wouldn’t be happy about it.

Jealous Elias is the best!

But once she meets Elias and begins to open her eyes to everything around her, she grows so much, she has an incredible amount of character development and I can’t wait to read more about her.

The writing is amazing, and Sabaa Tahir knows how to play with our emotions… OMG, that third trial broke me! I was sobbing in the subway… SOBBING! Worst! I cried for MARCUS!!! Can you believe it? I cried when he was telling Elias what he had done during that trial, and I could have killed the Augurs for it.

I love how the Augurs manipulated all the situations so Elias and Laia could run, because they are both embers in the ashes… well played!

I never did a TBR list before. I only decide which book to read next when I’m finished with the current one. This month, however, will be a little different. Recently I moved most of my possessions back to Portugal, yes, I mean most of my books, so I had to roughly pre-determine what I was going to be reading for the two upcoming months…

1. P.S. I Still Love You (Jenny Han) – I actually just finished this one last night, it took me a bit more than I was hoping for, because I had a few hectic days where I couldn’t get a word in…

2. An Ember in the Ashes (Sabaa Tahir) – Just started it this morning 😀 ! I have been wanting to read this since the moment I bought it in May, so here I go.

3, 4 and 5. Throne of Glass, Crown of Midnight and Heir of Fire (Sarah J. Maas) – Since the moment I finished ACOTAR I’ve been itching to pick this series up. My only problem with it is that I don’t know how to fit it in my Reading Challenge… May I count it as a trilogy?! Even though I know it’s in fact a series and the 4th is coming out in September?! I don’t know… and I don’t care, I want to read them!

6. The Strange and Beautiful Sorrows of Ava Lavender (Leslye Walton) – I think (or rather I hope) that I can fit this book into this month. I read 8 books in May and another 8 in June, so I think it’s possible. This one has a spot in my Reading Challenge…