Hey people! I just saw this challenge Rickus bookshelf, created by @AnnReads for Bookstagram, and I kind of fell in love with it, so I thought: WHY NOT?! I’m doing it in the blog though, ok?!

Hello people! This was another great reading month for me, and once again, I managed to read 20 books. I also surrendered to the amazingness that are romance audiobooks 😀 and I heard some amazing ones at that. I also read some less stellar ARCs, but that’s OK…

This Month I Read:

WE’RE CELEBRATING THE RELEASE OF HOLD MY BREATH BY GINGER SCOTT! CHECK OUT THE EXCERPT, TEASERS, AND GIVEAWAY BELOW!

Fractions of seconds can do lots of damage. One decision can ruin lives. A blink can be tragic. And loving a Hollister…can hurt like hell.

They say the average person can hold their breath underwater for two full minutes when pushed to the extremes. Will Hollister has been holding his for years. The oldest of two elite swimming brothers, Will was always a dominant force in the water. But in life, he preferred to let his younger brother Evan be the one to shine.

Evan got the girl, and Will…he got to bury all of the secrets. A brother’s burden, the weight of it all nearly left him to drown.

The daughter of two Olympians, my path was set the day my fingertips first touched water. My future was as crystal clear as the lane I dominated in the pool—swim hard, win big, love a Hollister.

My life with Evan burned bright. He gave me arms to come home to, and a smile that fooled the world into believing everything was perfect. But it was Will who pushed me. Will…who really knew me.

And when all of the pieces fell, it was Will who started to pick them up.

In the end, the only thing that matters are those few precious seconds — and what we decide to do while we still have them in our grasp.

I wait while he types, bringing my knees up and cupping my phone in my hands, like I want to keep his messages a secret for only me. When my phone buzzes with his call instead, I feel my cheeks grow warm, and I scrunch my legs in tighter as I bring the phone to my ear.

“How’d you know it was me?” he chuckles.

“Fat Elvis is better,” I say, stretching my legs out and crossing my ankles as he laughs.

“I think we need to explore this more,” he says.

“There really is no debate. His music meant more when he was older. More emotion,” I reply.

“You mean more drugs,” he fires back.

“Better clothes.” That response makes him laugh hard, and I love the way I hear it coming from his chest, like it’s deep — genuine.

“I liken myself to more of a Jail House Rock kinda guy, is all,” he says, finally.

“Hmmm,” I hum, lowering myself so my head is propped against the door, and I’m now lying on the floor, as close to him as I can be without leaving my room.

“What, you don’t think I have moves? These hips—they swivel, darlin’,” he says with a slight twang.

“That they do,” I respond, pulling a few strands of my hair in front of my face, hiding from the flirtatious words I just said. Will chuckles more, but after a second or two, it’s nothing but the sound of his room on one end meeting the sounds in mine.

“Your lip ticks up, like Elvis,” he says, breaking the silence just as I feel my blush crawling down my neck and onto my chest.I punch out a laugh and roll to my side.

“Does not!” I say, feeling my face, my mouth higher on one side. Son of a bitch!

I wait for the quiet to settle in again. I wait to be braver with him.

“Just how many things have you noticed about me, Will Hollister?” The second my question is done, my words are replaced by the rapid pounding of my pulse, but my face — it’s still smiling. So hard it hurts.

“Let’s see,” he says, and I hear him settling into his bed, his voice muffling as his phone presses against his face. “I noticed that you can’t stand having your hair pulled up in anything. When we swim, you pull your cap off the second we’re done.”

“Well that’s sexy,” I say, covering my face and mentally kicking myself for letting that one slip out.

“Oh, you wanted sexy things…” he says, and I open my mouth to say no, but shut it quickly, curious over exactly what he’ll say next. “I have lots of those, too, besides the Elvis-lip thing, which yes, Maddy, is so fuckin’ sexy.”

“Oh,” I blush, my thumbnail quickly moving between my teeth.

“Let’s see, first, there’s the way your legs curve along your quads, the muscle that’s there giving them this edge. The athlete part of me likes how hard you had to train to make it that way,” he says.

“What does the…” I pause, taking a quick breath, “man side of you think?” I ask, now so red that even my arms look flushed.

“Oh, the man side…” he growls low, a rumble from his chest. “That part of me likes the ride my hand takes when it starts just above your knee, then glides slowly up your leg to your panties, my fingertips tracing that lacey band that runs along the inside of your thigh and up over your hip.”

“And then there’s the way your neck curves into your shoulder, the way your hair tickles your skin and makes you get goosebumps — just like it does when I kiss you there,” he says, and my body shivers at the memory of his mouth against me.

“Your eyes do this thing, just before you race, where they haze and close in on their prey. I always imagined what it would be like for you to look at me like that,” he says.

“Haven’t I?” I ask, waiting a breath while he considers what I’m asking.

“Maddy, I was so focused on every other part of your body that day, I don’t remember what your eyes looked like,” he laughs.

“Well maybe next time you will,” I say.

“Next time.” I can hear his grin in his words.

The quiet comes again, filled only by the sound of his breathing, his breath a long draw that sounds as a warning in my ear. I chew at my nail, waiting…hoping.

I hear his door open across the hall, and I stand, pressing my palm and forehead against mine.

Click on the link below for a chance to win a $20 Amazon Gift Card!

Ginger Scott is an Amazon-bestselling and Goodreads Choice Award-nominated author of several young and new adult romances, including Waiting on the Sidelines, Going Long, Blindness, How We Deal With Gravity, This Is Falling, You and Everything After, The Girl I Was Before, Wild Reckless, Wicked Restless, In Your Dreams and The Hard Count.

This week’s theme is “Because we all have the right to our own opinion… Choose a book from one of your favorite genres!“.  One of my favorite genres is contemporary, whether it is YA Contemporary or NA contemporary. I just love it! So for today I’m using On The Fence by Kasie West, which I finished this month :).

I like the original cover, but I don’t think it fits the story at all. That’s more of a bridge than a fence, and that hardly looks like Charlie.

No covers for either country! 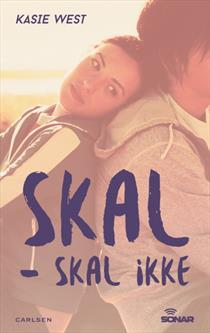 Ok, so the Danish cover has people in it, and I’m not crazy about it, still, it’s the one I think represents the story and the characters better :). 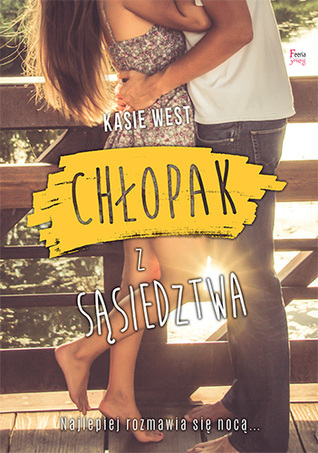 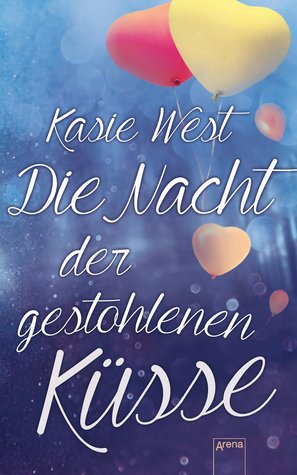 The title in the Polish cover ruins it completely. The german cover is kind of cute, but again, nothing to do with the theme of the book =/.